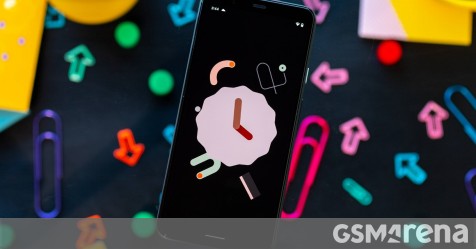 What do you think of Android 12? While there are plenty of beta testing programs going on, we know that few of you have actually tried it out. But you can check out our review for a detailed look at the new version.

Here are the highlights:

Android 12 new features at a glance:

Admittedly, some of those are exclusive to Google’s own Pixel phones, the new widget picker and the Wallpaper & Style app, for example. But maker skins have their own launchers and configuration apps.

There are plenty of new features that may or may not be carried over to skins. Quick settings and the Power menu have been redesigned, picture-in-picture mode has been improved, you can now copy links from the Recent apps screen, unused apps can be hibernated, scrolling screenshots are now supported natively and so on. Again, check our review for a closer look at the new features.

According to Google, phones from Samsung, OnePlus, Oppo, Realme, Tecno, vivo and Xiaomi will be updated to Android 12 before the end of the year. Typically, this means several of the flagship offerings from each company.

Many other phones will have to wait their turn, perhaps for months, before they can jump to version 12. Makers have started advertising their support timelines as a reason to pick their phone – usually it includes 2 or 3 OS updates and an extra year of security patches. Even so, some phones will remain on whatever version of Android they are running today.

The Android 12 beta proved to be the most downloaded beta in Android history “by far”, so there’s clearly a lot of excitement for the new OS version. Are you excited?

If the embedded poll above isn’t working for you, you can also cast your vote here.

Assuming you like what you see, what is your favorite part of Android 12 – the new Material You interface design or the new features?

You can also cast your vote here.