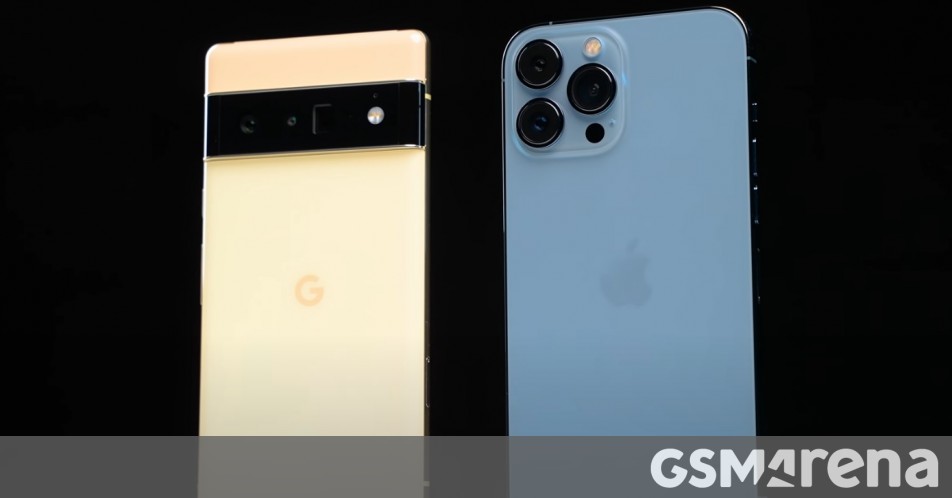 Google’s Pixel 6 Pro seems like the company’s first earnest attempt at a proper flagship smartphone in years – one that looks like it’s actually competitive in all areas, not just one or two like before. The new phone is due to be released in a few hours in the handful of markets where Google sells its devices.

So it might be interesting to find out how Google’s latest and greatest would fare compared to Apple’s latest and greatest, right? Say, in a side-by-side speed test? Well, that’s just what we have for you today, courtesy of PhoneBuff. The Google Pixel 6 Pro is pitted against the Apple iPhone 13 Pro Max, and it’s going to be a deadly battle. Let’s buckle up and hit play then.

Spoiler alert: the Pixel takes the lead from the beginning, but then the iPhone makes a comeback, and then it’s neck-and-neck with the iPhone taking the first ’round’ in the end, but the Pixel coming in at only 4 seconds late. Where the RAM management test comes in, the two devices are still toe-to-toe, but the iPhone eventually has the edge by 6 seconds.

So in the end, while the Pixel is fast in this kind of test, it can’t beat the iPhone 13 Pro Max. In day to day life, however, it’s unlikely that such marginal differences in app loading times would ever be perceived – unless for some reason you have both a Pixel 6 Pro and an iPhone 13 Pro Max and are using both at the same time to do the exact same things. Hopefully that’s not an actual use case.