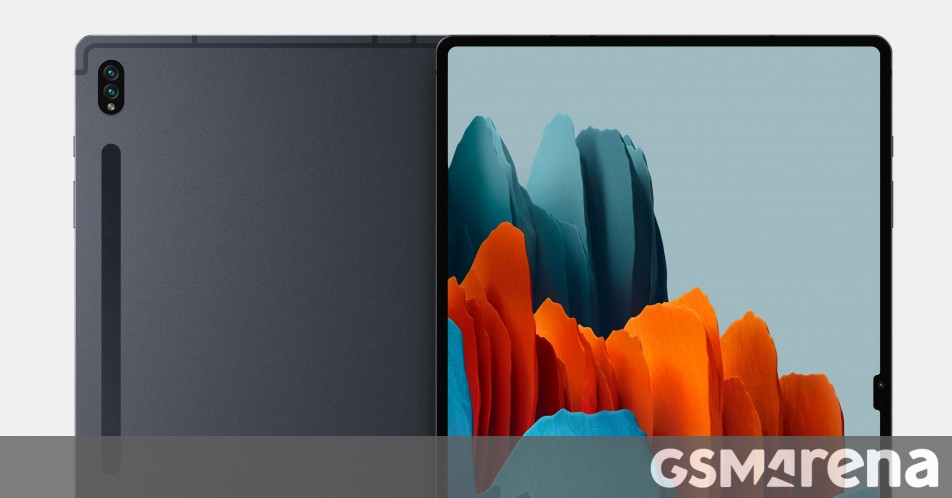 The Galaxy Tab S8 Ultra looks similar to the vanilla model – it has antenna lines on the rear panel with a dual camera setup in the top-left corner, below which is the magnetic strip to charge the S Pen, and the Samsung logo further below.

The Ultra model has the power button and volume rocker on the right-side frame like the vanilla version, with the USB-C port placed at the bottom flanked by two grilles. There are two more up top to offer surround sound experience in landscape orientation, but there’s no 3.5mm headphone jack onboard.

That said, things get interesting when we move to the front of the Galaxy Tab S8 Ultra because the bezels surrounding the screen are slimmer than the Tab S8’s, but the display has a MacBook Pro-like notch, housing a single selfie camera. 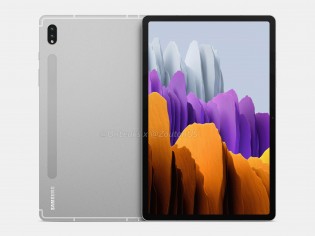 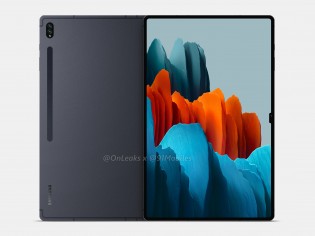 Since the Galaxy Tab S8 Ultra only has one front-facing camera, Samsung could have gone with a punch hole display to offer more screen real estate, but the source says these renders aren’t 100% complete, so there’s still a chance we’ll see the final version with a punch hole screen or an entirely different design. 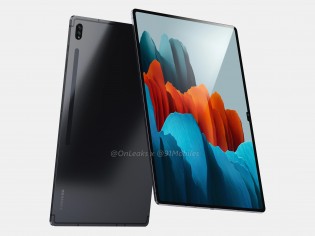 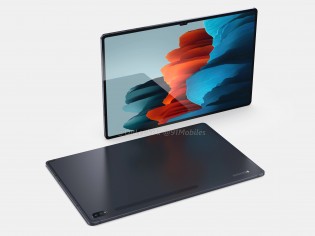 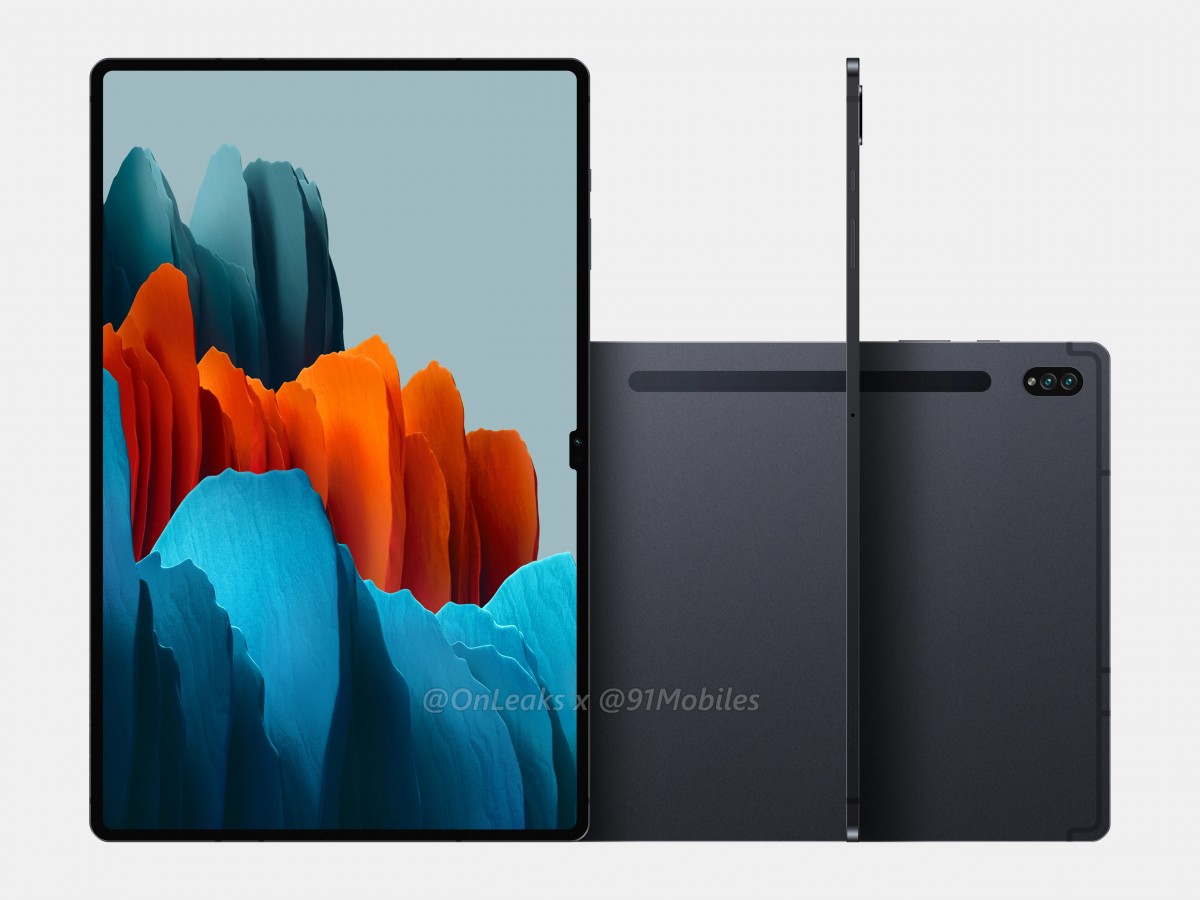 The dual camera system on the rear is said to comprise 13MP and 5MP cameras. The slate was also expected to feature two cameras on the front – 8MP and 5MP – but we only see one camera in the latest renders, so we’ll have to wait for more sources to corroborate the specs to be sure.

Fueling the entire package will be a 12,000 mAh battery with 45W charging support, but it’s unclear if the bundled adapter will go that fast, or you’ll have to buy one separately to get those charging speeds.