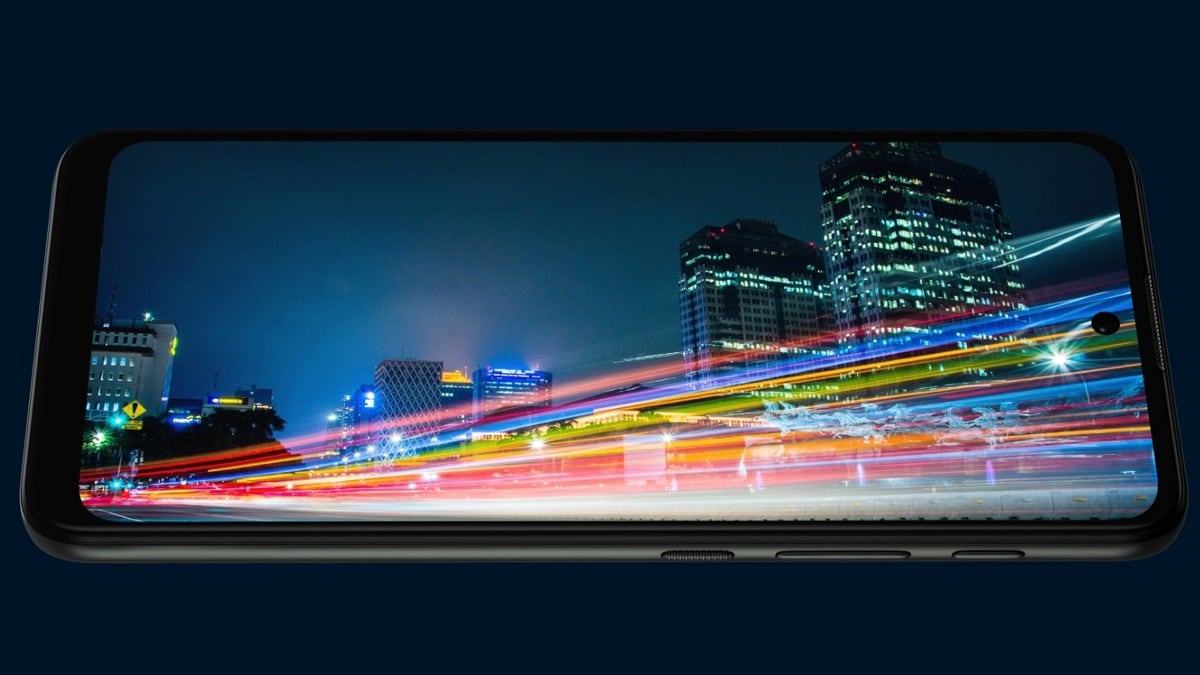 Motorola Moto E40’s launch seems imminent as its official-looking renders have surfaced online. The images show a hole-punch cutout for the selfie camera and a rear-mounted fingerprint sensor. The smartphone has surfaced online multiple times now, hinting at the possible specifications. Moto E40 is said to come with a 6.5-inch HD+ IPS LCD display, a Unisoc T700 SoC with 4GB of RAM under the hood, and 64GB of onboard storage. The smartphone is tipped to come with a triple rear camera setup that includes a 48-megapixel primary sensor.

The official-looking renders of Moto E40 were tweeted by tipster Evan Blass (@evleaks). The renders show a triple rear camera setup and an LED flash housed in a rectangular module with the words ’48-megapixel’ and ‘Quad Pixel’ etched on the housing. The renders show a Motorola logo etched onto the fingerprint scanner and the back panel is shown to have a curved stripes pattern.

As mentioned, the display of Moto E40 is bordered by thick bezels on three sides, a thicker chin, and a hole-punch cutout for the selfie camera. The renders show that the smartphone will get a power button, a volume rocker, and a voice assistant button on the right spine. There seems to be a cutout on the left side of Moto E40 that presumably houses the SIM tray.

Last month, several tipsters shared specifications of the upcoming Moto E40. The tweet by tipster Sudhandshu Ambhore (@Sudhanshu1414) mention that the Motorola smartphone will get a 6.5-inch HD+ IPS LCD display with 720×1,600 pixels resolution and a 90Hz refresh rate. Under the hood, it may be powered by a Unisoc T700 SoC paired with 4GB of RAM and 64GB of onboard storage. The smartphone is said to run Android 11 (Go edition) and feature a 4,000mAh battery with 10W charging support.