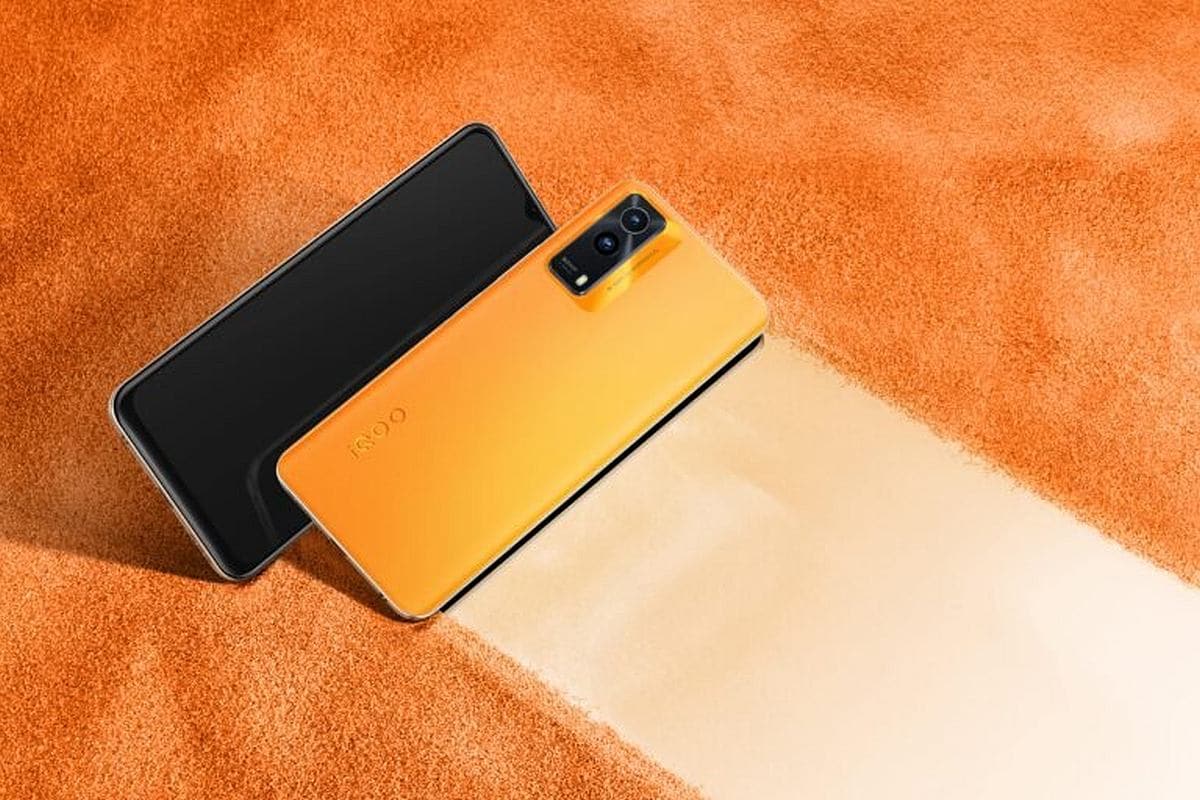 iQoo Z5x is all set to launch on Wednesday, October 20 in China. Ahead of the launch, the Chinese company has teased some key specifications and colour options of the upcoming iQoo smartphone. The iQoo Z5x will feature a MediaTek Dimensity 900 SoC, a 120Hz refresh rate display, and a 5,000mAh battery. Past reports have suggested that the soon-to-be-launched iQoo Z5x will feature a dual rear camera setup with a 50-megapixel primary sensor, a 6.58-inch TFT display, up to 8GB of RAM, Android 11 out-of-the-box, and weigh 169 grams.

A few posts on Weibo by iQoo have revealed some of the key specifications of the iQoo Z5x ahead of its launch tomorrow. As per a post, the new iQoo Z5x will be released in Fog Sea White, Lens Black, and Sandstone Orange colour options. The renders of the smartphone in the posts show a dual rear camera setup housed in a rectangular module. The volume rocker and the power button are housed on the right spine of the iQoo Z5x, while a 3.5mm headphone jack, a speaker grille, and a microphone are housed at the bottom, as per the images shared by the company on the microblogging site.

Another post on Weibo details the specifications of the display that the iQoo Z5x will sport. As per the post, the soon-to-be-launched smartphone will get a 120Hz refresh rate and a 240Hz touch sampling rate. The display can be seen with a waterdrop-style notch, thin bezels on three sides, and a slightly thicker chin.

As mentioned, iQoo has also confirmed that its latest smartphone will be powered by a MediaTek Dimensity 900 SoC. The 5G-enabled SoC is designed using a 6nm process and packs two Cortex-A78 cores along with six Cortex-A55 cores.

A listing of the phone spotted on a certification site recently tipped that the iQoo Z5x will feature a dual rear camera setup with a 50-megapixel primary and a 2-megapixel secondary sensor. On the front, it is said to sport an 8-megapixel primary selfie shooter. As per the listing, the iQoo smartphone will feature a 6.58-inch TFT display. It also mentions that the smartphone will have 6GB and 8GB RAM variants with 128GB and 256GB storage options.