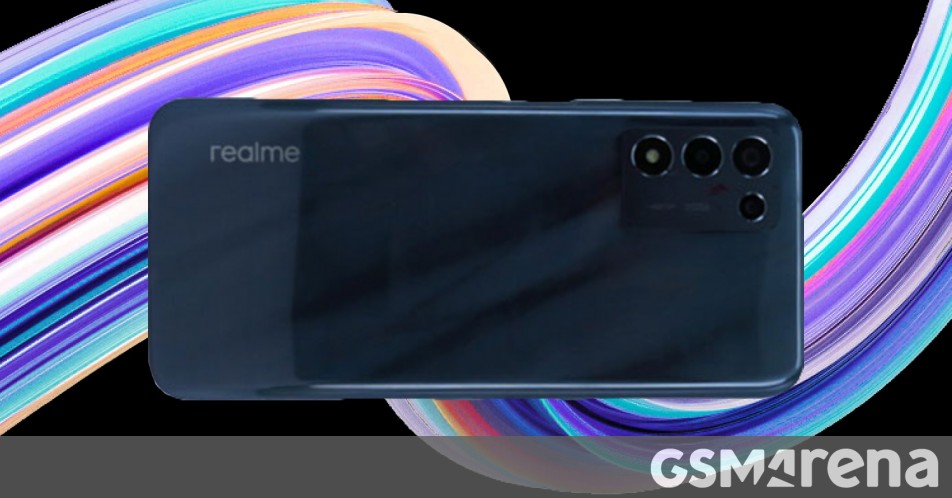 The RMX3461 and its relative RMX3463 have been on our radar since late September, first surfacing on TENAA, which gave us a look at the exterior and a listing of the internal hardware. Then we saw the phone appear again a week later with sources claiming that it will launch as the Realme Q3s with a Snapdragon 778G chipset.

Those Weibo sources have now been proven correct by Geekbench – the phone completed a test, which lists the motherboard as “lahaina”. We’ve seen that name in previous benches, which did turn out to be the 778G. The Adreno 642L GPU removes any remaining doubt that this is indeed the 6nm chipset. 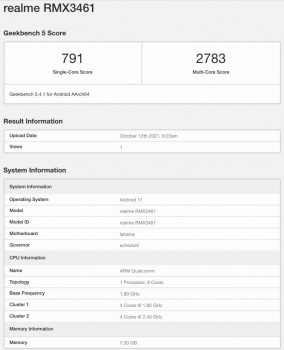 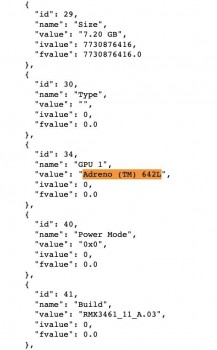 This particular unit had 8GB of RAM and from the TENAA info we know that there should be 6GB and 12GB options as well, with 128/256/512GB storage (plus a microSD slot). The phone is also supposed to feature a 6.59” IPS LCD with 144Hz refresh rate, but we’ll need the results from a more comprehensive benchmark before we can confirm that.

Or the company may do it for us – the Realme Q3s unveiling can’t be far off as sources claim that the phone will be made official this month. The Realme GT Neo2T event is scheduled for October 19, so that’s one possibility.