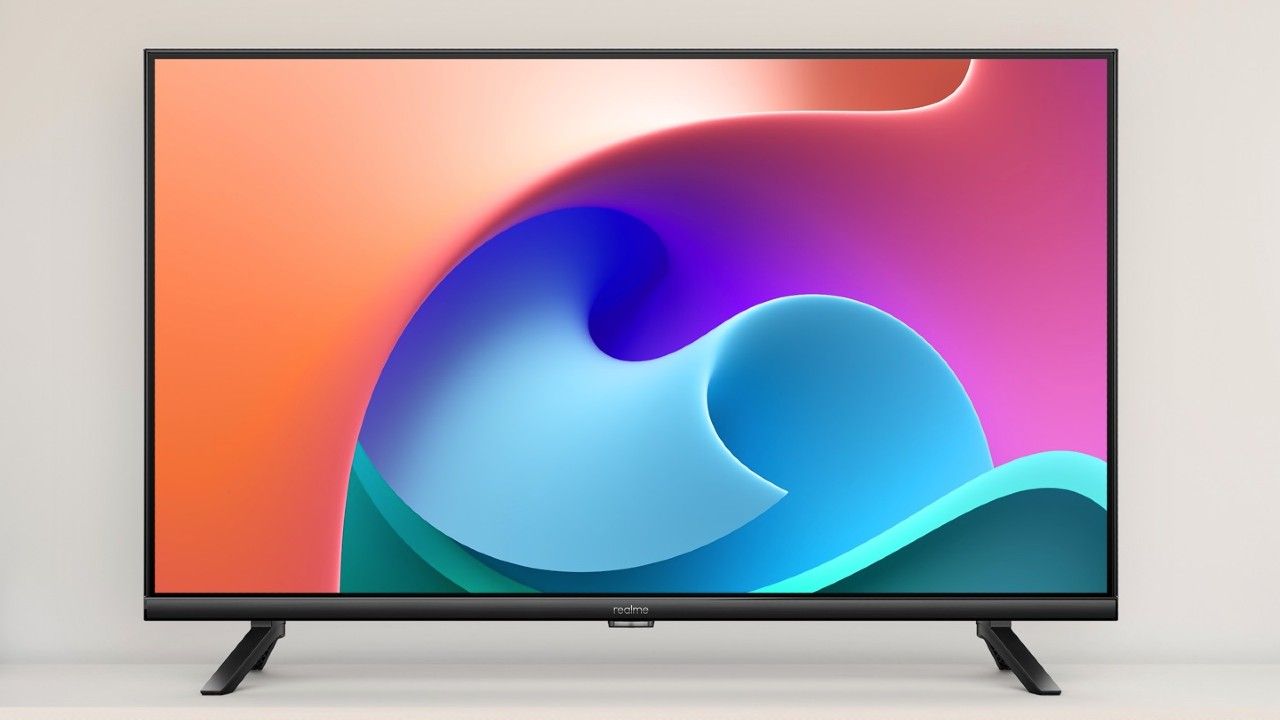 It was about a year ago that realme launched a 43-inch FHD TV (review) and while we liked the SDR performance of that TV, the HDR and some basic functions left us wanting more. Something as simple as controlling the picture presets when consuming content from the TVs native apps wasn’t possible and that was a big letdown. This year we reviewed the 43-inch 4K TV from realme and were quite impressed with what it offered. Today we have with us the 32-inch FHD TV from realme. Simply put, this TV suffers from the same flaws we experienced back in 2020 with 43-inch Full HD TV with HDR performance and the inability to change picture settings when consuming content from built-in streaming services.

Speakers: 4 drivers with a total sound output of 24W

Let’s kick things off with the most important thing about the TV, the display panel and picture quality. The TV supports Full HD resolution along with HDR 10. In our measurements, we recorded a peak brightness of about 300 nits with sustained brightness at about 250 nits. The TV supports HDR 10 but does not support Dolby Vision. Let’s break down the panel performance of the TV. 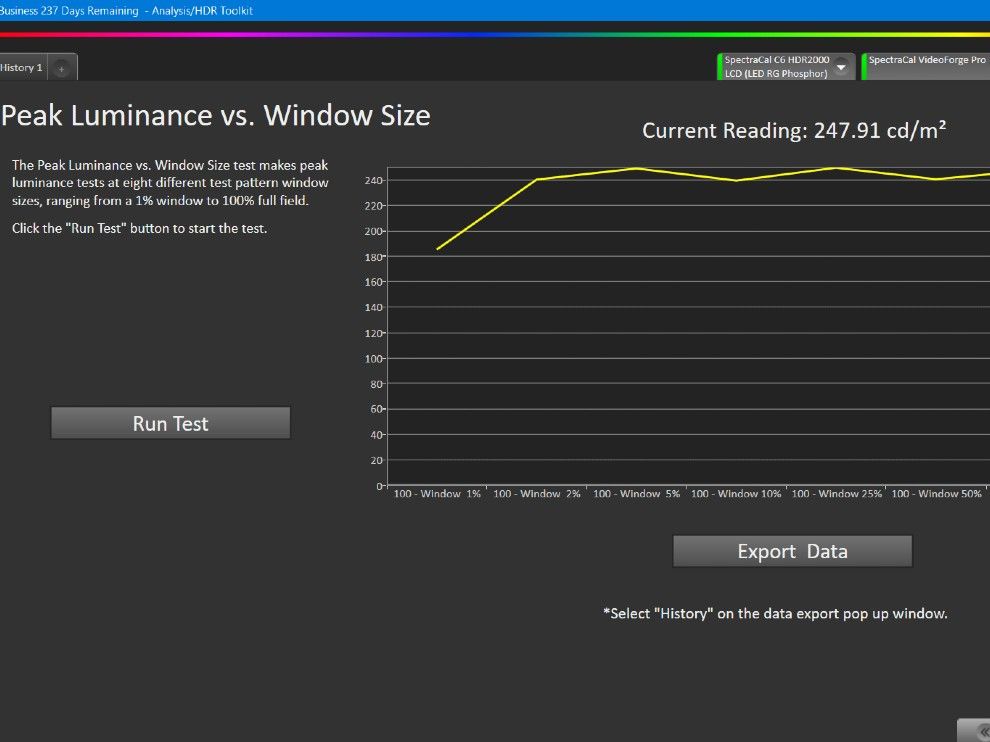 The TV can display HDR 10 content from the TV’s native apps as well as from an external device. However, it must be noted that the TV only supports HDCP 1.4. When it comes to HDR performance, the overall experience of the TV left us wanting more. Shows like Altered Carbon and Our Plant on Netflix lacked the punch one would expect from an entry-level HDR TV. The overall picture was dark and dim and the fact that we couldn’t control the picture presets or switch HDR off when consuming content via the native apps on the TV is a big letdown and a deja vu of the experience we had on the Realme TVs last year. Plug in an external device like a Fire TV Stick (review) or a PS5 (review) and switch the settings to SDR and you have a much better content consumption experience. For a side-by-side visual comparison, stay tuned for our video review. Overall, for HDR the performance of the TV was lacklustre. 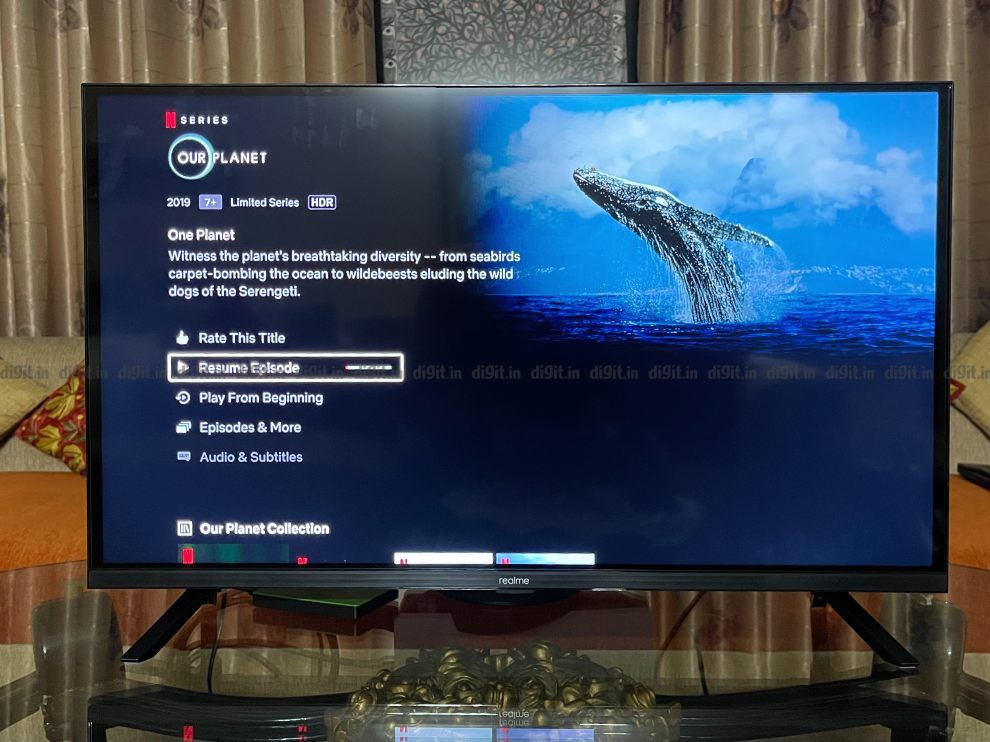 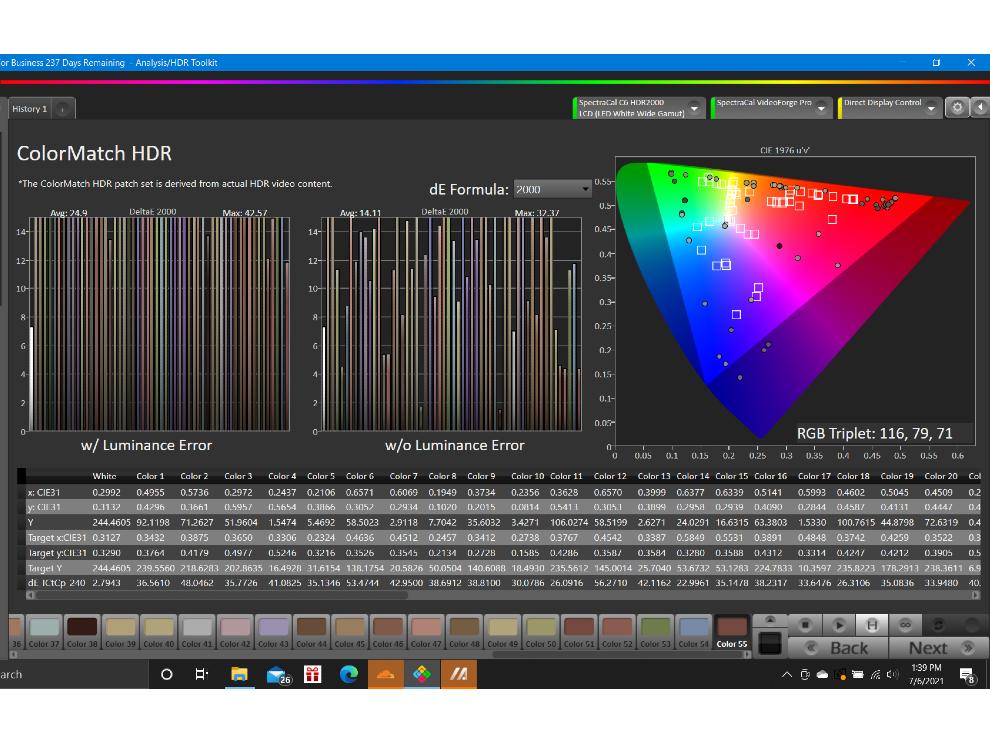 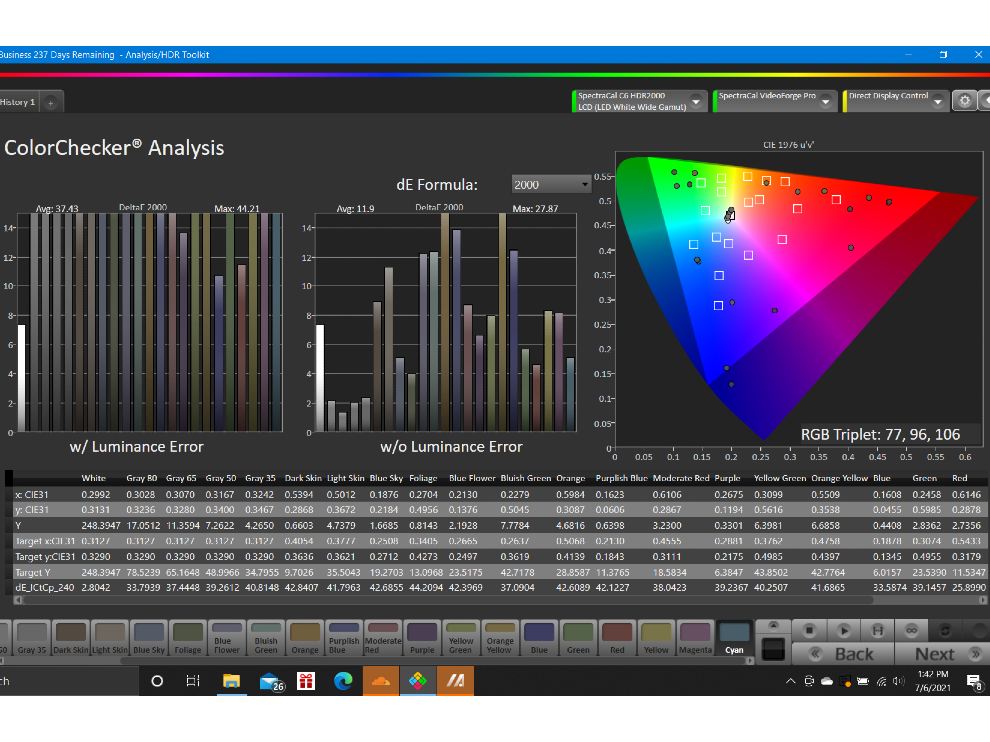 The SDR performance of the TV was a lot better than the HDR performance. We played movies like Mission Impossible Rogue Nation, Spider-Man: Homecoming, Young Sheldon and more which are in SDR and the experience was quite enjoyable. It looks like the picture preset for the built-in apps in the standard preset. This worked well for all the SDR content we consumed. Plugging in an external device and changing the picture presets had mixed results. For example, in Spider-Man, the Standard preset, though slightly cool, had an overall pleasant picture performance. The reds and blues in Spidey’s suit look rich. However, shift to the Movie preset and the black webs design in his suit shimmers and merges into the suit. Same for Young Sheldon, the Standard preset has a pleasant experience when compared to the movie preset. While you can tweak the picture presets, we suggest leaving it on Standard for most content.

For the SDR Calman performance, we recorded an average delta error of 9.28 in the ColorChecker analysis for the Movie preset while the standard preset gave us an error of 11.89. 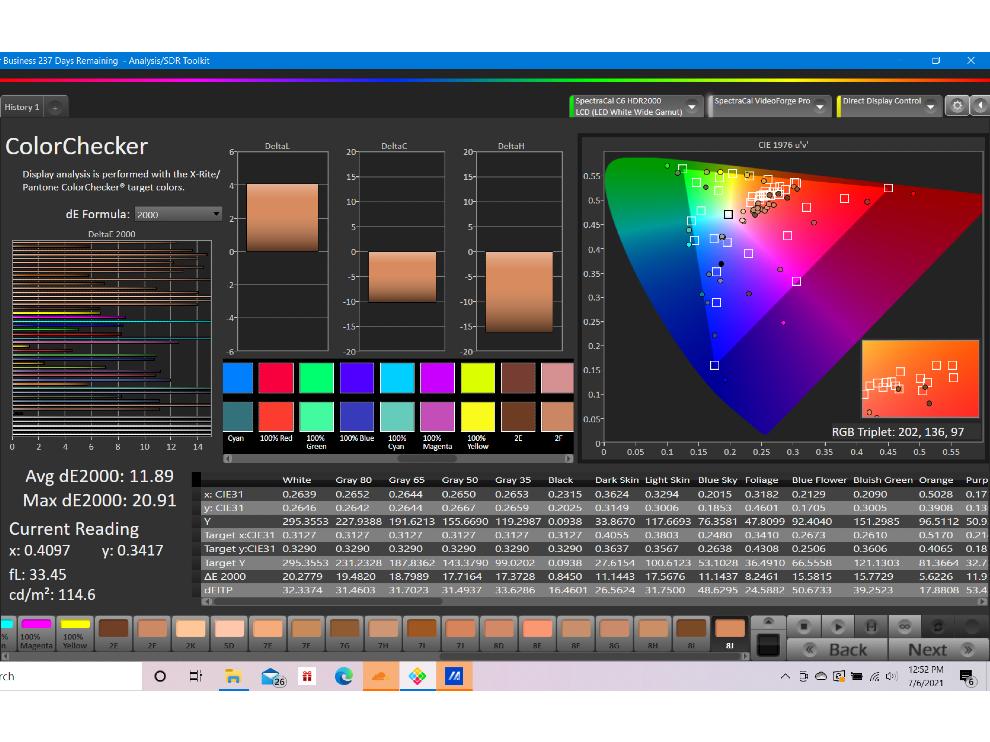 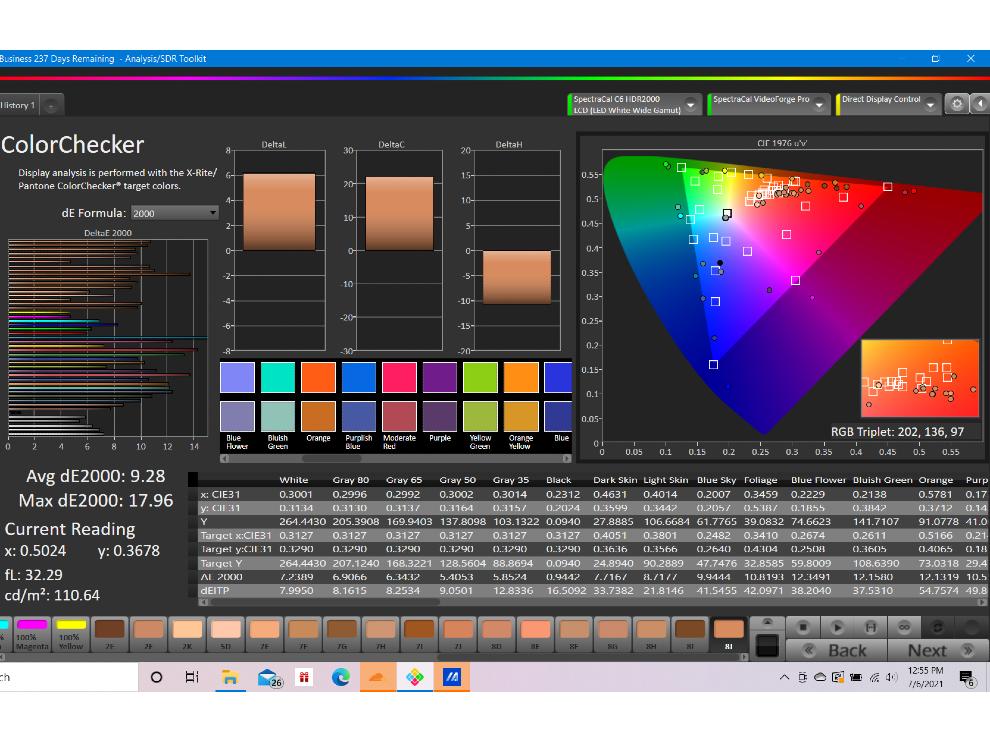 We hooked up a PS5 to play games on the TV and once again the HDR performance is poor. Spider-Man: Miles Morales (review) looks quite dark is in HDR when compared to SDR and the same is the case with Dirt 5 (review). When playing games in HDR, the TV offers a dark and dull image for both the games. Switch to SDR, and we have a much more enjoyable experience. Once again you can see the difference in performance in our video review once it goes live. Needless to say, if you plan on gaming on this TV, do it in SDR. 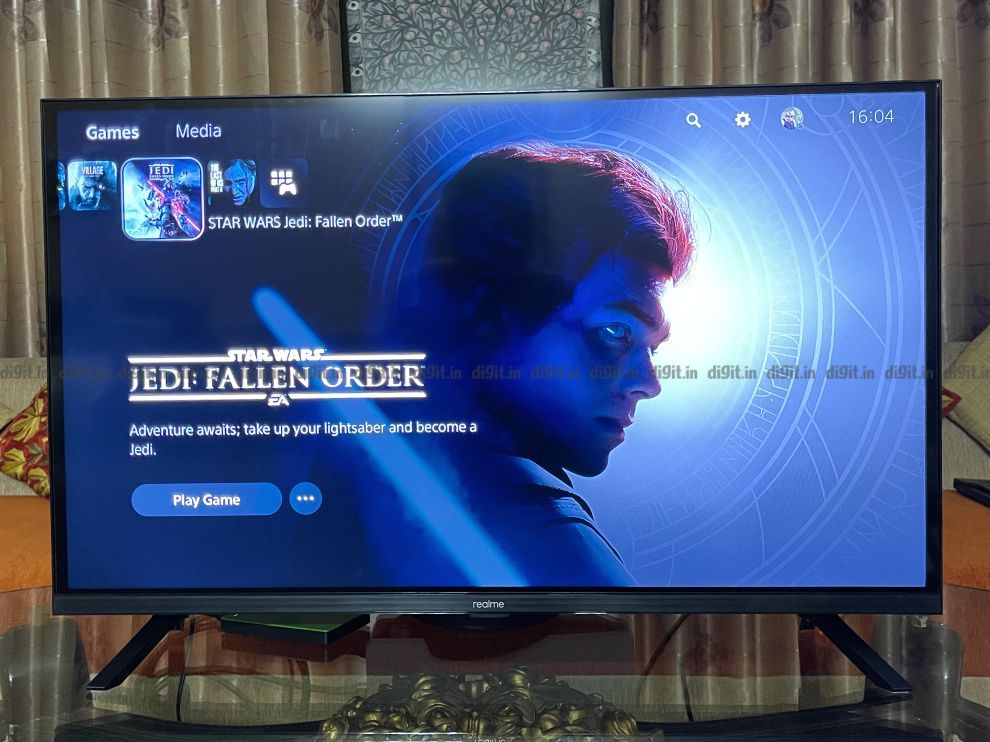 Another thing we saw is that the TV has game mode under the picture modes as well as in the settings (2 game modes), something we noticed on the 43-inch FHD TV launched last year.

Just like its sibling from last year, the 32-inch FHD realme TV comes with 4 drivers offering a total sound output of 24W. The audio performance from the speakers is quite good. Be it everyday TV watching like news, or TV shows which have more conversations than bangs, to the occasional movie, the speaker output is the one impressive thing this TV offers. In a small bedroom, the TV was easily audible at about 50 per cent volume. 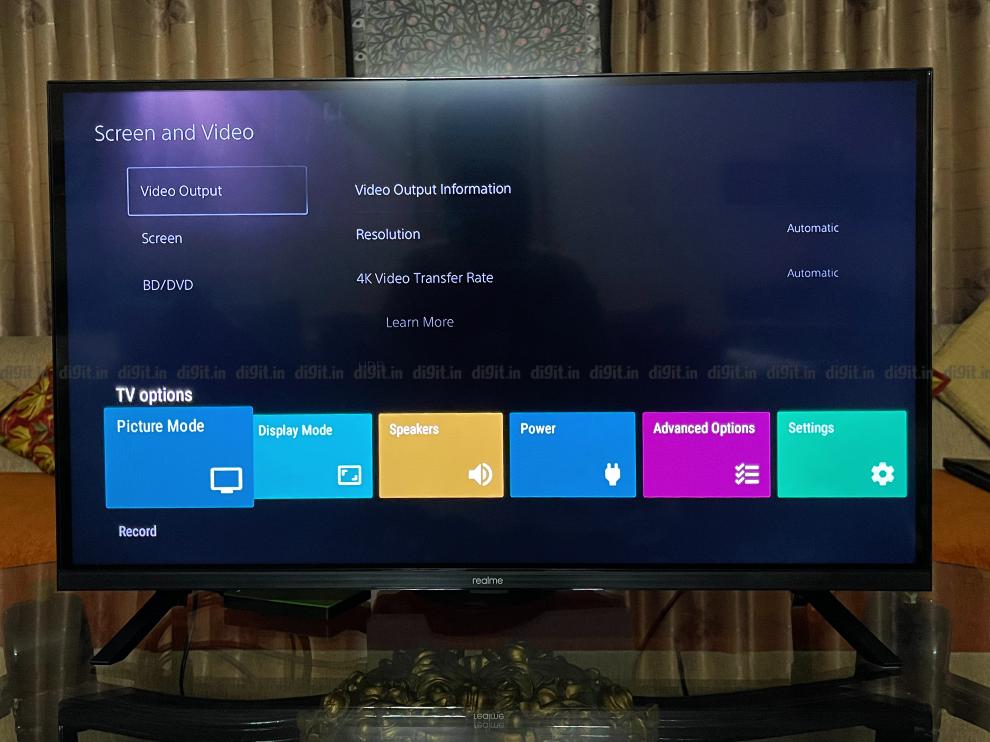 Just like the realme TV launched in the past, this one also comes with stock Android TV out of the box. Its performance is once again at par with what we experienced last year. Overall, the UI is smooth, but there are times when you call upon the assistant and it’ll take a bit longer than expected to respond. This usually happens when consuming content via the built-in Netflix app and then calling the assistant via the dedicated button on the remote control. Unlike the new 4K TVs launched, this one does not come with hands-free controls. 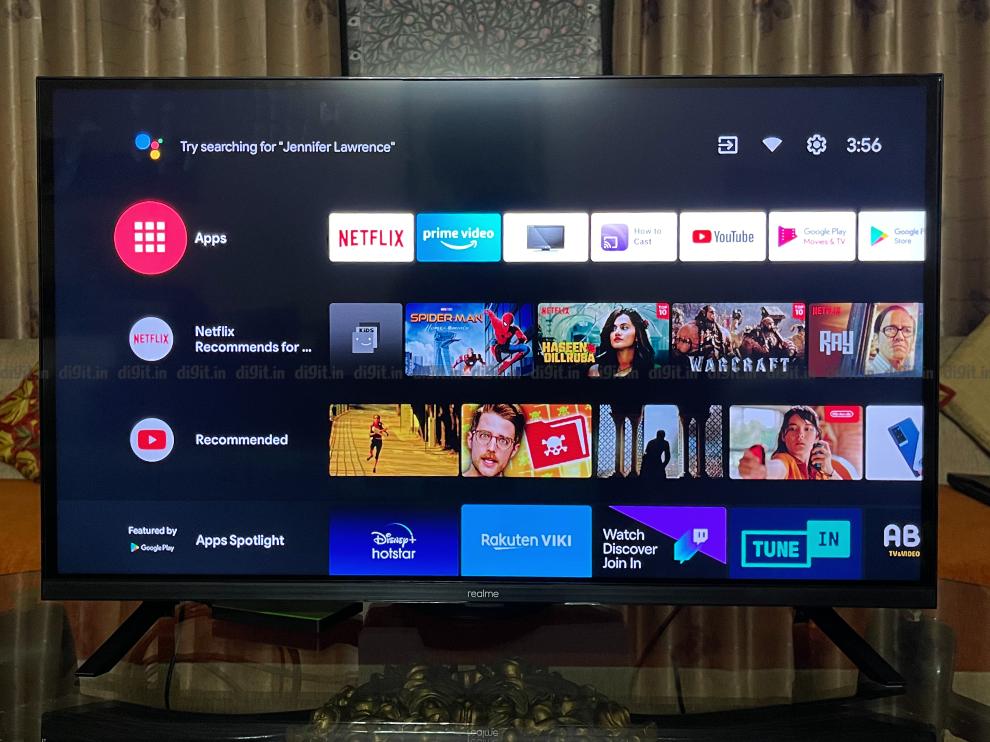 If it ain’t broke, don’t fix it and the remote control is once again, the same we’ve seen on other realme TVs with its teardrop design, comfortable grip and is overall easy to use. It also has dedicated buttons for OTT services – Netflix and Prime Video. 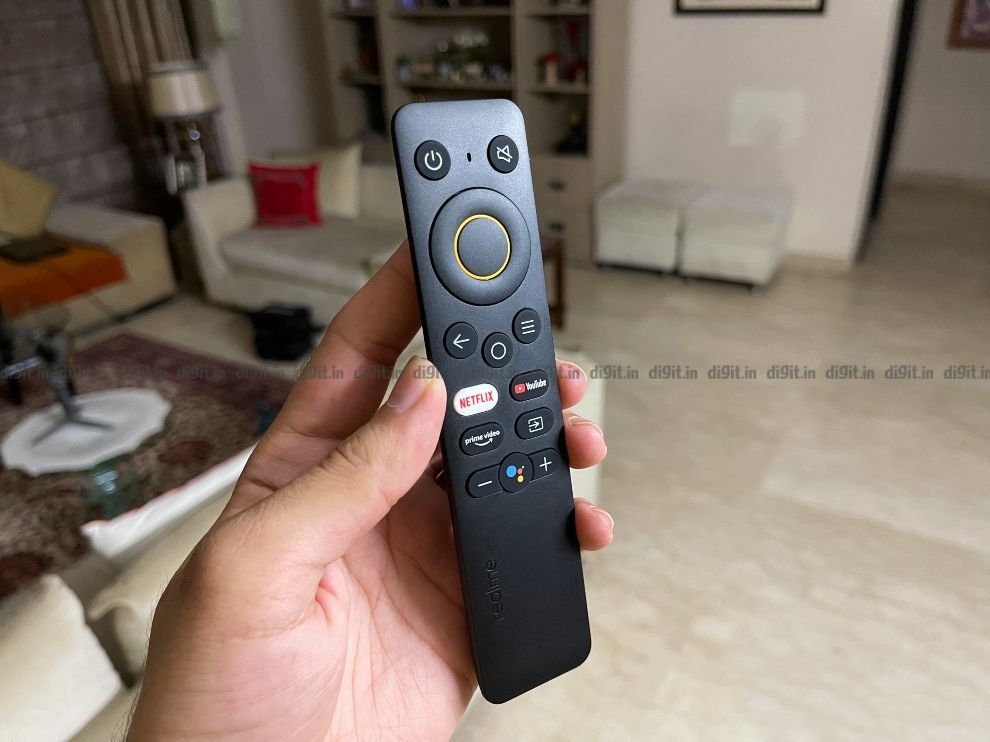 Considering the price of the TV we don’t expect it to boast of stellar design. The TV has a plastic shell and even though the bezels surround the display aren’t the slimmest we’ve seen; they are slim enough not to hinder the viewing experience. The plastic feet holding the TV in place hold the TV quite sturdily. All the ports are laid out on one side and we have three HDMI ports, two USB ports, LAN port, antenna, AV and digital audio out. It also supports Wi-Fi (2.4 GHz only) and Bluetooth 5.0. 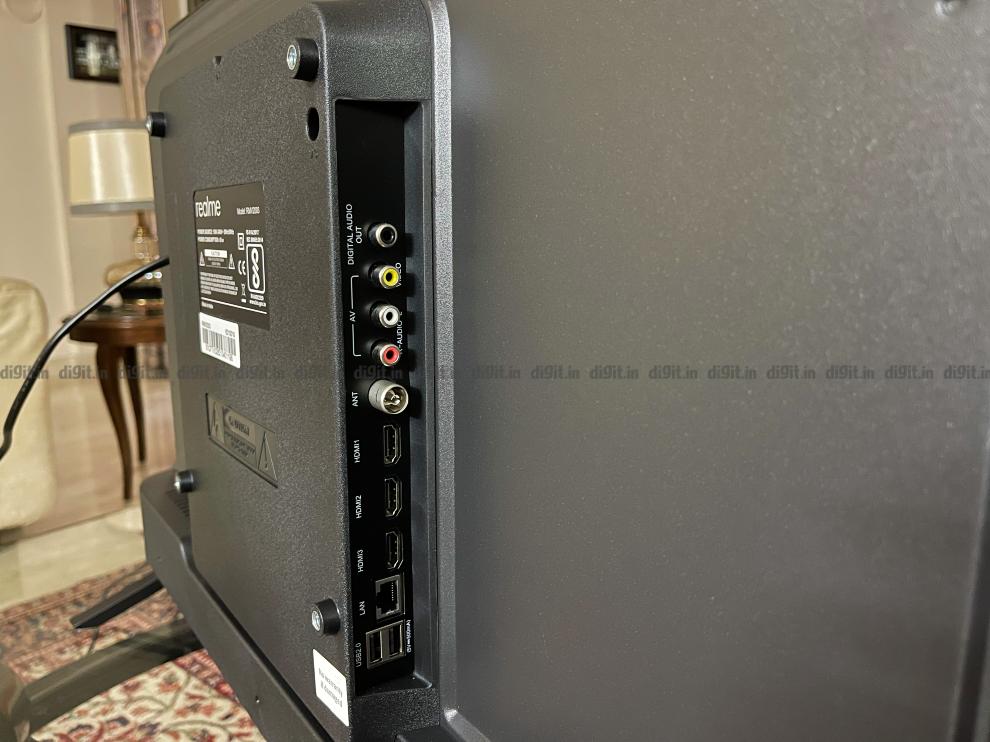 It’s deja vu, once again. The SDR performance of the TV is good, but the HDR performance of the TV is rather poor. The inability to control the picture settings when consuming content via the built-in apps is a step back to the flaws we saw in realme TVs in 2020. The audio output from the TV is good and the smart capabilities work well. While FHD resolution in 32-inch TVs is rare, you’d be better off going for an HD ready 32-inch TV with better picture performance. The compromise of resolution for picture performance at 32-inches is an acceptable tradeoff.