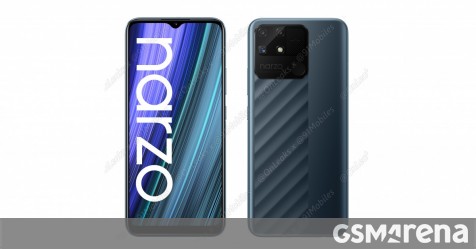 After a bunch of leaks, rumors, and teasers, we’re almost there – the launch of Realme’s Narzo 50A is happening in just a few hours.

Before that, though, someone in possession of a Narzo 50A decided to let the phone run Geekbench, which has resulted in its scores now being part of the online database of the benchmarking app. In case you’re wondering, it achieved a 387 single-core score and 1364 multi-core score in Geekbench 5.4.1. 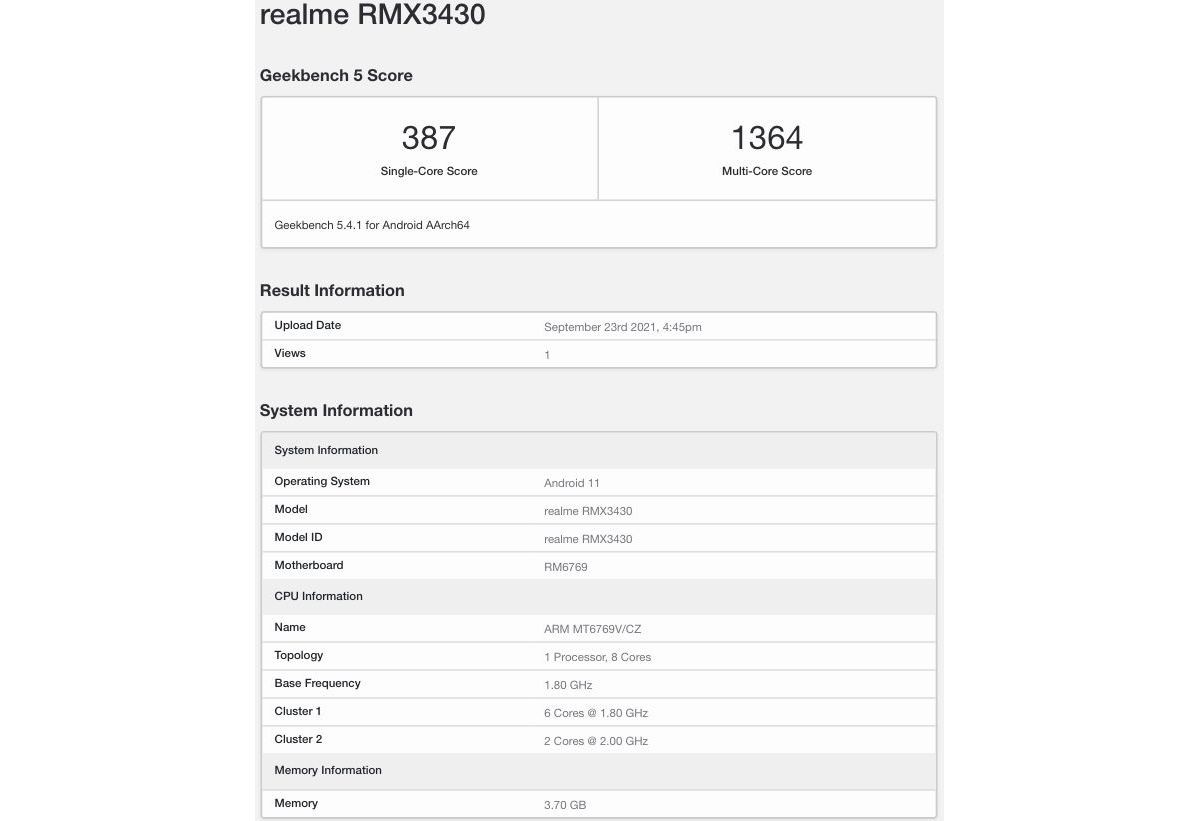 The Narzo 50A is listed as being powered by the MediaTek MT6769V/CZ, which is better known as the Helio G85. The model tested has 4GB of RAM on board, although versions with more memory might be offered. Unsurprisingly, the phone will run Android 11 with Realme UI 2.0 on top.

According to previously outed information, the Realme Narzo 50A will have a 6.5-inch display with a waterdrop notch, a 6,000 mAh battery, and a triple rear camera system (50 MP main, 2 MP depth, 2 MP macro).