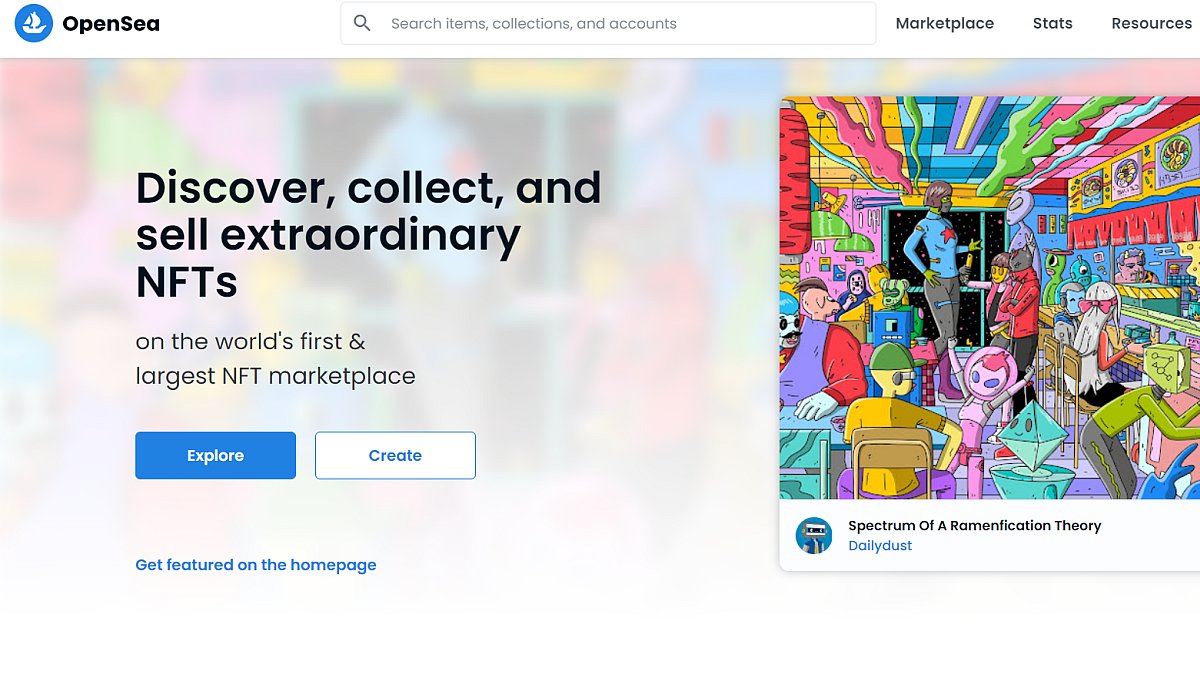 US-based non-fungible token (NFT) marketplace OpenSea confirmed on Wednesday that it has uncovered evidence against its product head Nate Chastain in an insider trading scam. OpenSea said that the company is taking the matter very seriously. It posted a detailed blog promising a third-party review of the incident to restore customer’s faith in the platform. OpenSea had, over the last few months, become one of the most well-known and popular platforms for minting NFTs out of images and other forms of art. The statement by OpenSea comes after a Twitter handle called @ZuwuTV posted a series of tweets, raising suspicion on the scam earlier this week.

“Yesterday we learned that one of our employees purchased items that they knew were set to display on our front page before they appeared there publicly. This is incredibly disappointing. We are conducting an immediate and thorough third-party review of this incident,” OpenSea said in a blogpost.

On 15 September, Twitter user @ZuwuTV tagged Chastain, OpenSea’s head of product in a series of tweets, accusing him of investing in NFTs — unique, collectible digital assets built on the blockchain — just before OpenSea featured them on the front page of its website. Chastain would later sell these trending NFTs as soon as their prices rose and net a profit in the process.

As the first steps towards damage control, OpenSea has implemented two new policies that prohibit company members from buying or selling NFTs that are being featured or promoted on their page while restricting team members from using confidential information regarding NFTs to their own personal benefit.

“We will need to bake in trust and transparency into all that we do,” the NFT marketplace added in its blogpost, despite insider trading in NFTs not being explicitly illegal as yet. Devin Finze, the CEO and co-founder of OpenSea also tweeted an apology to the users, while sharing a link to the official blogpost.

We’re conducting a thorough review of yesterday’s incident and are committed to doing the right thing for OpenSea users.

We have posted an official statement here: https://t.co/NWExSdThOf

This insider trading scandal that rocked OpenSea’s internal functioning comes at a time when it is launching apps for its users in the Google Play store as well as on the Apple App Store. Just a couple of months earlier, the company reported a valuation of $1.5 billion (approximately Rs. 1,10,25 crore) in a funding round worth $100 million (approximately Rs. 735 crores), CoinDesk reported.

Interested in cryptocurrency? We discuss all things crypto with WazirX CEO Nischal Shetty and WeekendInvesting founder Alok Jain on Orbital, the Gadgets 360 podcast. Orbital is available on Apple Podcasts, Google Podcasts, Spotify, Amazon Music and wherever you get your podcasts.
Affiliate links may be automatically generated – see our ethics statement for details.