When Google announced the first three Android One devices, we all noticed how they were all practically the same. Still, out of Karbonn, Micromax and Spice, it is Micromax that boasts better brand recognition than the others, which is why we picked it first. But there’s more to it than just the brand.

The Android One project announced by Google at the I/O this year was important for India for a few reasons. Firstly, the first three manufacturers partnering with Google were all Indian. Secondly, the project would start in India. But third and perhaps most importantly, the competition in the smartphone market today has shifted from the flagships to the budget smartphones.

We have already reviewed several elements of the Android One devices, but here’s what we thought of the Micromax Canvas A1.

The build quality of this smartphone is what you would expect from an inexpensive smartphone. There are no creaks or unwanted crevices in the body and the phone is relatively light. The 4.5 inch screen makes it comfortable to use as well and the bar design, though uninspiring, is satisfactory. 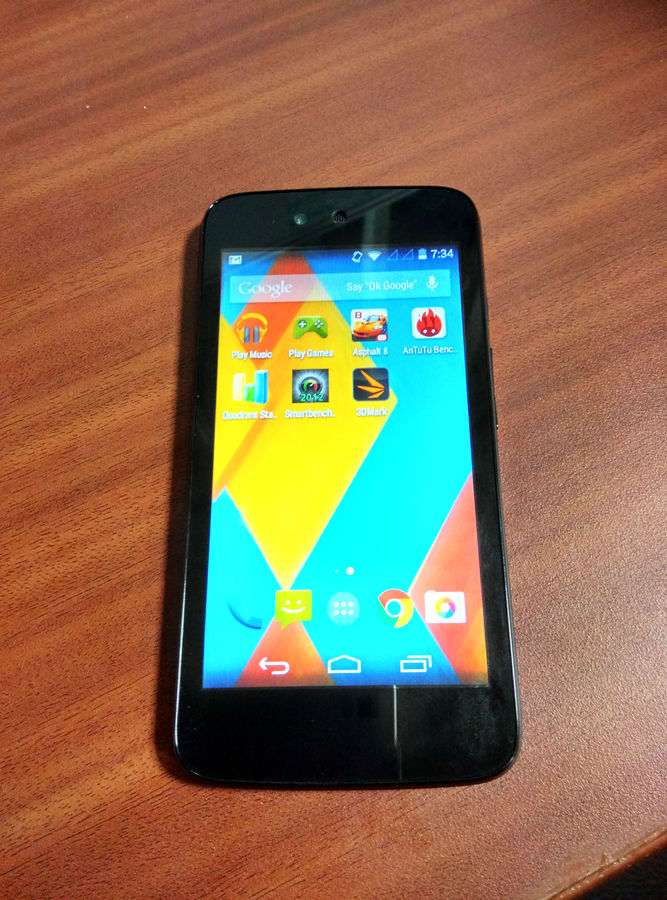 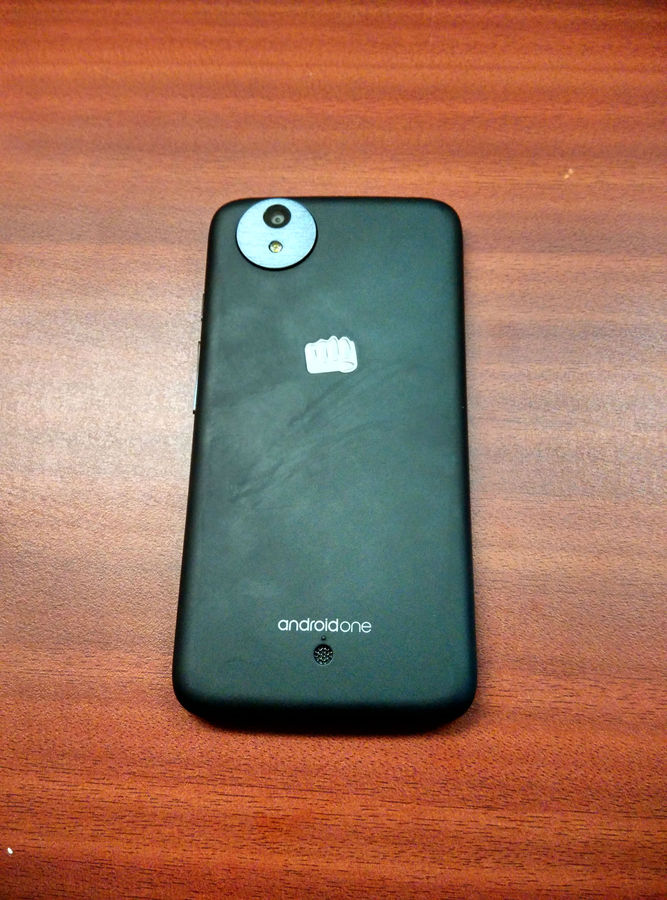 There’s one problem though — the lack of screen protection. I’m not a fan of screen protectors, so I usually want my phones to have some kind of Gorilla Glass on it. In a budget smartphone I wouldn’t expect Gorilla Glass 3, but I would want at least the first generation Gorilla Glass. Actually, that is too generous. Motorola has proved with the Moto E that Gorilla Glass 3 is doable in this price range, so it isn’t much to ask. Even the Xiaomi Redmi 1S offers Dragontrail glass protection at a lower price point. 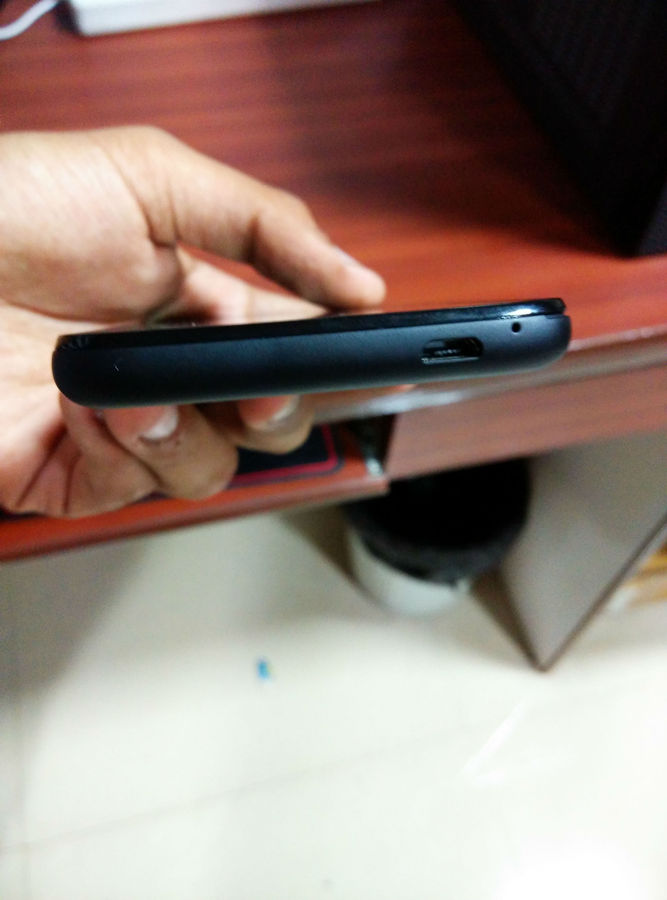 In fact, the lack of Gorilla Glass 3 or any other screen protection is the first thing that makes me question the price that Micromax is asking for this smartphone. I don’t have complaints about the body or the design and I actually quite like how the matte finish feels on the plastic back. But I’m constantly fussing over my screen, trying to protect it from any kind of scratch or impact.

If this is a smartphone that is aimed at the Tier II and Tier III markets, then I doubt a case is a viable option. It would have been though, had the device been priced at Rs. 4,999 instead of Rs. 6,499.

There’s not much to say about the display on this smartphone. The 4.5 inch IPS display has 480p resolution, which is not exactly very impressive. But then again, there is only one other phone in this range that offers a 720p display and that is the Xiaomi Redmi 1S. Point in fact, the display on this one seemed much brighter and offered better sunlight visibility than both the Moto E and the Redmi 1S. The only concern I had with the display is the lack of Gorilla Glass as mentioned above. 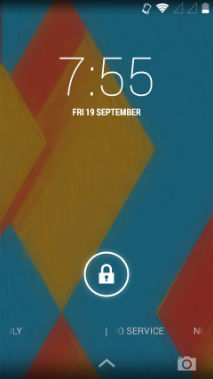 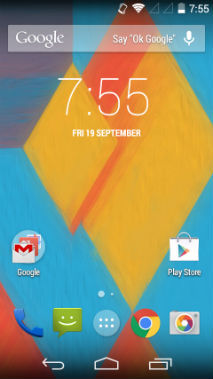 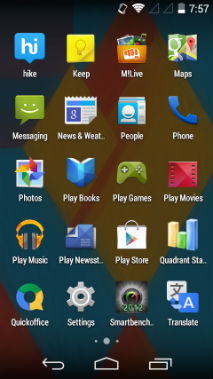 The Canvas A1 runs stock Android, like the other two Android One devices. The UI is smooth and shows no lags whatsoever. Being a fan of stock Android, I quite enjoyed what I got on this device. In fact, the smoothness of the software is one of the reasons why I say Micromax hasn’t made a better device in the budget segment before this.

There is where Google’s involvement in the Android One project becomes very apparent. The Micromax Canvas A1 runs on stock Android, but performs like no other device that Micromax has ever sold in this range. The stock UI is smooth and snappy and app response times are minimal. Also, there was absolutely no lag or sluggishness in navigating around the UI. In fact, you will wonder why this Android stock OS can’t come on every smartphone.

The device has a 1.3 GHz MediaTek quad-core SoC inside, which warrants the performance, but I can think of many of the best devices that cost more and not deliver such performance with similar processors. I even tried playing Asphalt 8 and Injustice: Gods Among Us on the device, with no hassles and minimal heating.

The performance of the Micromax Canvas A1 was very impressive and at par with the Moto E. But that’s where the problem lies again, at Rs. 4,999, this would have been mighty impressive. But at the asking price, this isn’t exactly new now is it? I keep going back to the Moto E comparison because it asks for it.

The Canvas A1 has the same camera that the Moto E does, but this is one department where this phone outperforms the Moto E. The fixed focus camera on the Moto E is the weakest point of that smartphone. The Canvas A1 has the same 5 MP camera as the Moto E, but with auto-focus. Pictures taken are satisfactory and while they aren’t as good as what you get from a Xiaomi Redmi 1S, they are definitely better than the Moto E. I really like the colour reproduction and white balance on the pictures. 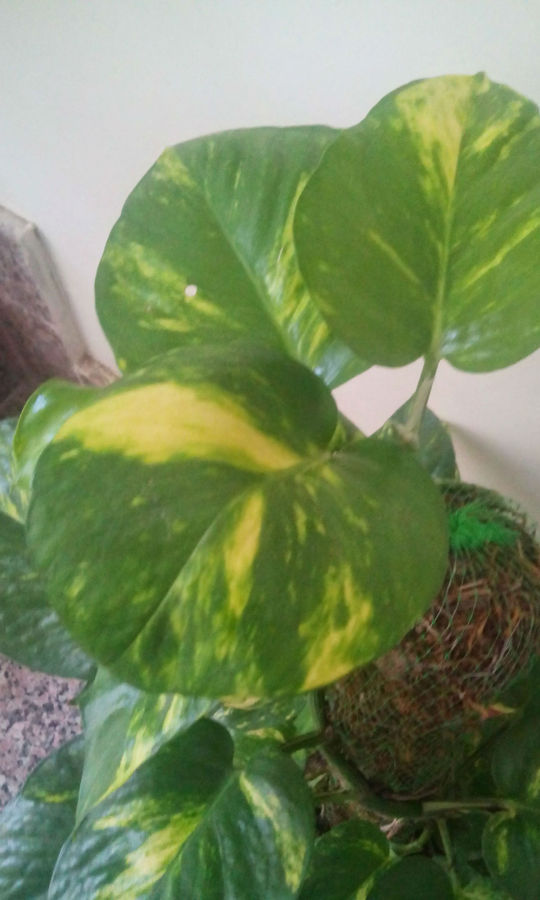 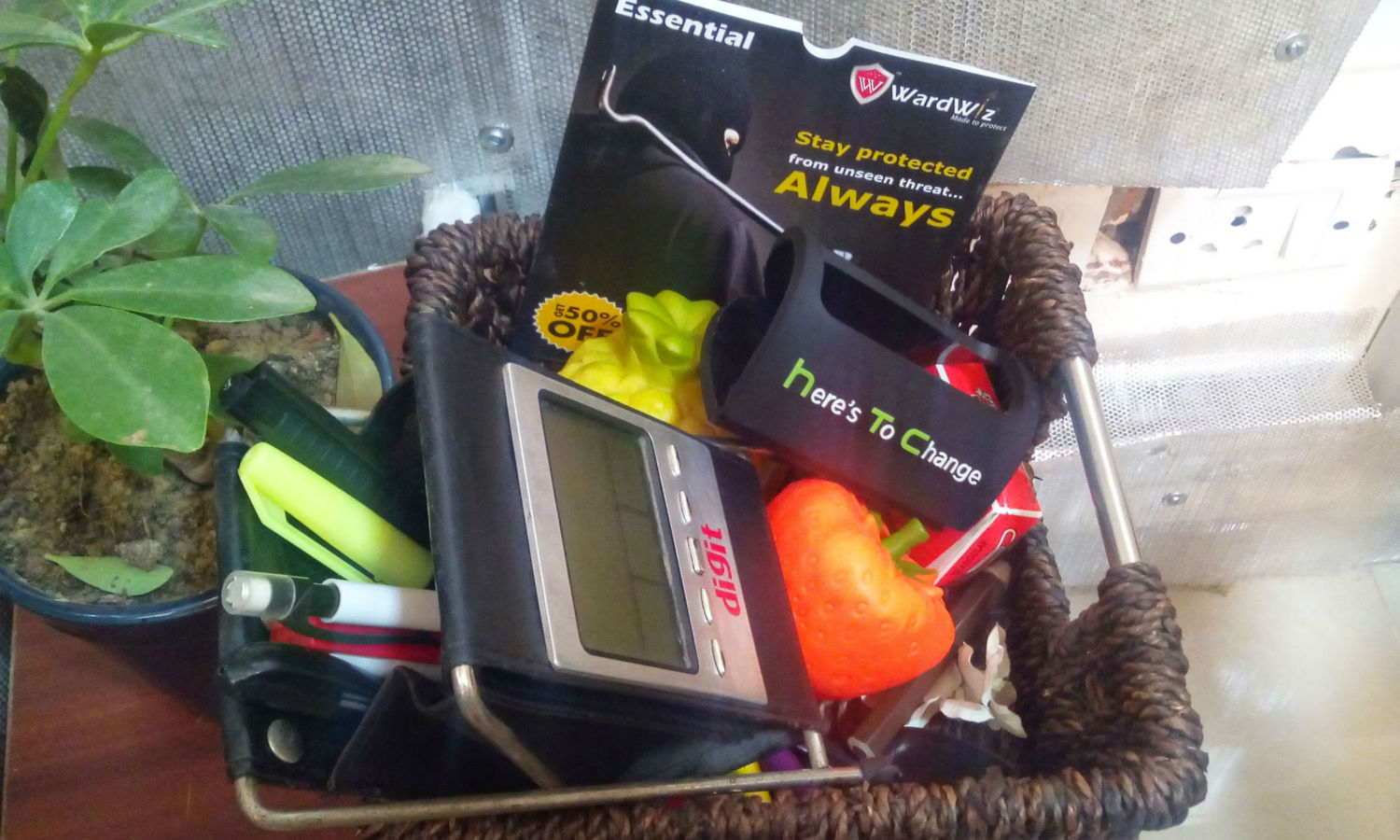 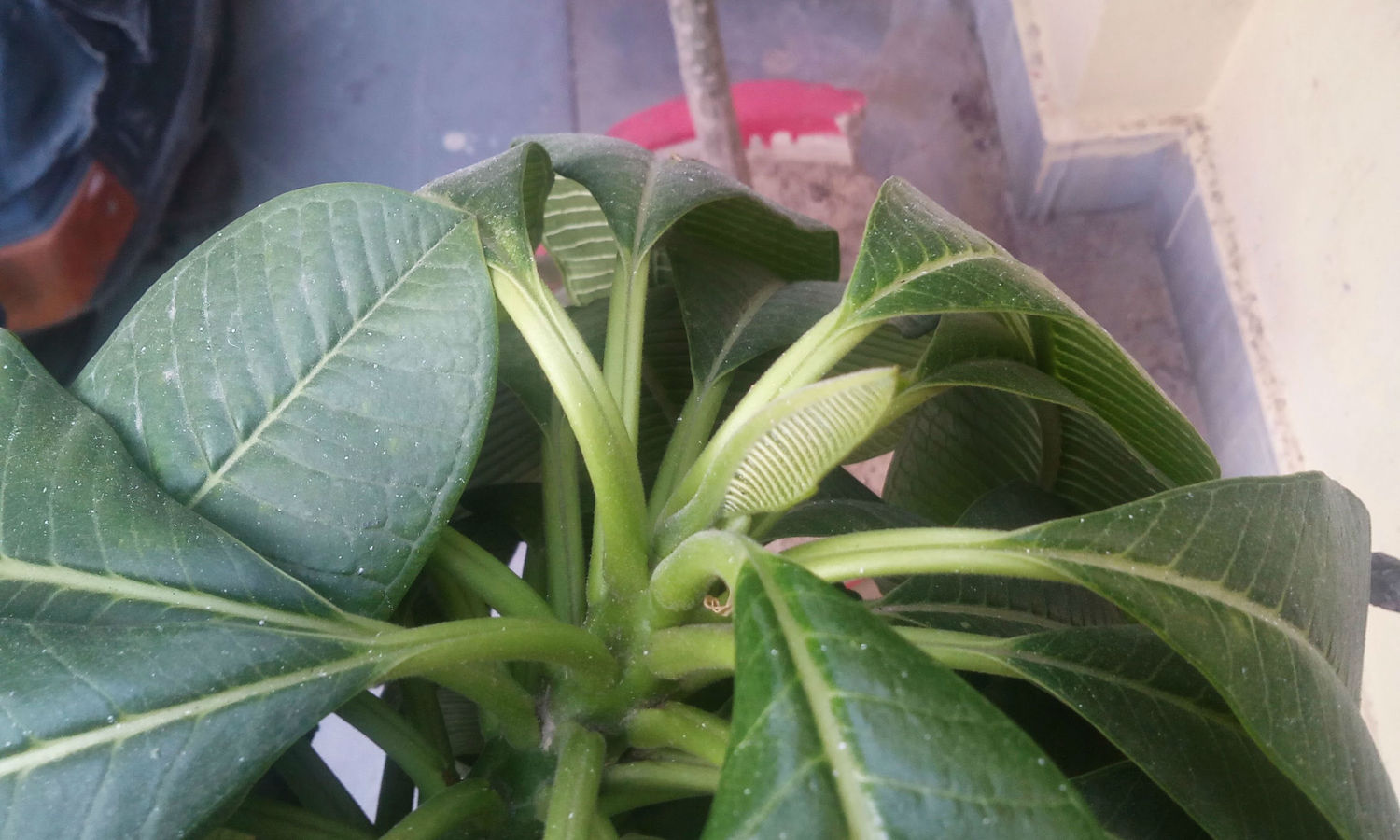 The camera UI is also fast and easy to understand. The shutter button for some reason takes up a substantial area at the bottom of the screen, but other than that, the UI is easy to use. You can swipe from the right to get Panorama, Lens Blur, Video and Photo Sphere modes, while there is also a small button to access settings. 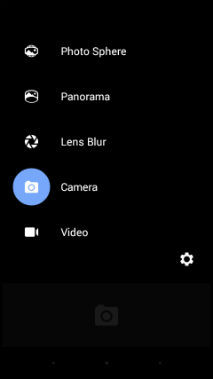 There was one confusing aspect though. The camera doesn’t allow you to take pictures unless you insert a memory card into your smartphone. It means that the primary storage for the camera is your SD card, but more importantly, it means that you absolutely have to get a SD card. This essentially adds a few bucks to the smartphone’s price, taking it closer to the Moto E and further defeating its purpose.

We have done detailed benchmarks, camera performance and battery comparison on these devices before, which you can read here.

There’s absolutely no way that the Micromax Canvas A1 can be called a bad smartphone. What’s good about the Android One devices is that they are inexpensive despite the marketing efforts. I’m sure everyone has seen the full page advertisements in newspapers and the TV ad on YouTube. In Tier II and Tier III markets, they should do very well. Also, these would be some of the first devices to get the Android L update, which works in its favour. While the Moto E is expected to give timely updates, with Google directly involved, Android L would come much faster on these smartphones. 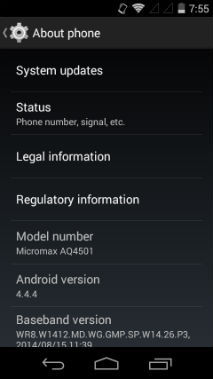 So, if you want an inexpensive smartphone that will get the Android L update even before the Moto E, then this is a good choice.