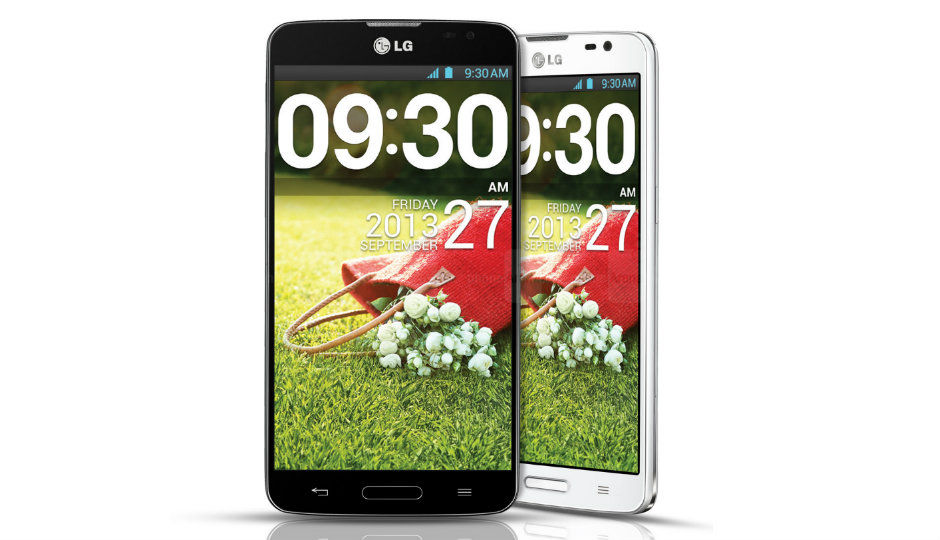 The mid-range smartphone segment is a strange beast indeed. On one hand you have a massive amount of interest from consumers in phones that cost more than Rs. 15,000 and less than Rs. 25,000. On the other hand, it seems like no phone maker is able to deliver the right mix of quality and price. That’s why it’s hardly surprising that while waiting for the perfect mid-range smartphone, consumers tend to either go for older devices that have fallen in price (see: Nexus 4, Samsung Galaxy S3) or make the mistake of picking up a phone that promises a lot and delivers little (see: the undercooked Samsung Galaxy Grand). This confusion is also one of the most important reasons that Nokia’s line-up of Lumia smartphones are doing so well especially in this very segment.

It is into such strange times that we welcome the LG G Pro Lite, a dual-SIM Android smartphone that’s priced enticingly at Rs. 19,300. At first glance, it does look like the phone we’ve all been waiting for. But then again, so did the Samsung Galaxy Grand. Are our fingers likely to get burnt again?

The G Pro Lite has pretty standard specs, some may even term them disappointing. The biggest thing about it, literally, is its 5.5-inch IPS display that is handicapped by a measly resolution of 960×540 pixels. By the way, that’s the same resolution sported by the 3.5-in iPhone 4S. The G Pro Lite is powered by a dual-core Mediatek MT6577 processor clocked at 1GHz and 1GB of RAM, again nothing impressive. Imaging is taken care of by an 8MP camera that can also shoot 720p video. It comes out of the box with, the now ancient, Android 4.1.2. Like other phones in this segment, the LG also offers dual SIM support and a dedicated touch button to jump between the active cards.

As is evident from the comparison table, the LG G Pro Lite only stands out with respect to the screen size and battery rating. The rest of the hardware is pretty muted in comparison. One neat addition is the IR blaster that lets you program the phone as a universal remote for all of your compatible devices around the house.

The G Pro Lite is one of those Android smartphones that’s comprehensively outfitted with a new interface and look, in its case, LG’s homebrewn Breeze UI. Like Samsung’s TouchWiz, Breeze UI also adds in its own elements such as an extensive scrollable shortcuts bar in the dropdown menu and integrated Quick Memo that lets you jot down notes anywhere in the phone using a bundled stylus. Q-Slide is another software feature that resurfaces after we last saw it in the LG G2 and the G Pro. It essentially lets you resize certain apps as windows, along with giving you control over their transparency and work with a couple of them at once.
Q-Slide (left) and Q-Memo (right)

Another feature that makes its way is the super customizable keyboard, that gives you plenty of ways to use it. You can turn on ‘Path’ that works like Swype and lets you type stuff by dragging your finger across letters. You can break the keyboard into two halves to make it easier to type in landscape mode. You can also have the keyboard align to the right or left to make it much more convenient to type using a single hand. If messaging or emails are a priority for you, I can confidently state that the G Pro Lite offers one of the best touchscreen keyboards out there.

As we saw in the G Pro and the G2, the G Pro Lite also has a ton of other software features to exploit. It’d be a good idea to experiment with all of them to see which works for you.

There’s nothing really refreshing or brilliant in the way the LG G Pro Lite looks. Close your eyes and imagine an average looking large screened Android phone, that’s what the G Pro Lite looks like. You will have to depend on its 5.5-inch display for aesthetic pleasure and it manages to please in some aspects. The display is very bright and vibrant and has good viewing angles. Unfortunately, it also has too few pixels for its real estate and individual pixels are discernable if you pay attention to the screen. Sunlight visibility is also quite average. Overall though, the display looks good especially considering the price of the device.

The LG smartphone relies a little too much on plastic for its build to be considered premium. However, the phone does feel relatively solid and suffers from no creaking bits. Owing to its large size, the G Pro Lite does feel a little heavy but thankfully not unmanageably so. The thickness has been kept in check at 9.4 mm, nothing that will demand your attention.

If you just go by its benchmark scores, then, like in every other aspect I’ve touched upon so far, the LG G Pro is neither the best nor the worst in its segment. It did relatively better in task-based benchmarks when compared to those that focused on graphics performance. Then again, synthetic benchmarks aren’t the best way to judge a phone’s actual performance but you can take a look at the various scores of the G Pro Lite and compare it with competing devices below:

In terms of real-world performance, the LG G Pro Lite works without any hassles brought about by lags, bugs or crashes. Gaming is also a smooth affair although a particularly heavy game like Real Racing 3 does run at lower framerates than you’d like. Call performance is also nothing to complain about and voices at the other end sound sharp and loud especially over the stereo speakers. The G Pro Lite has very good battery life, no surprise there considering it has a rating of 3140mAh, and lasted just under six hours in our continuous video playback test (with screen at full brightness and Wi-Fi switched on). This should translate to a full day of normal use on a single charge.

All of this brings us to the camera, which according to expectations is thoroughly average. The 8MP shooter is particularly awful at capturing photos under low-light and lets in a tremendous amount of noise with very limited details. Things get a bit better under good light but here also a strange issue crops up. The photos always tend to look like they’ve been shot with an 80’s movie filter at full blast with everything looking very soft with blurred edges. Contrast in especially bright areas also tend to get blown out and photos end up looking like they’ve either got really dark or really bright subjects. Videos recorded also suffer from the same contrast issues although they manage to have solid framerates and audio.

To sum it up, the LG G Pro Lite’s camera is only suited to take photos that are destined for your social media feed, nothing more.

It’s hard to get passionate about the LG Optimus G Pro Lite. Sure, it does some things well, but not in an exceptional manner. It also falters in some aspects but not in ways that leave you horrified. It is a pretty okay device and that “pretty okay” is not sufficient for me to recommend it over other phones such as the more expensive Nexus 4 or the much less expensive Xolo Q1000S, or the Nokia Lumia 720, for those not shackled to place by Android. However, if you don’t want to spend that extra bit for the Nexus and also want to go for “well-known” Android brands and therefore are limited to a choice between the Galaxy Grand and the Optimus G Pro Lite, in that case, yes, I’d recommend the LG smartphone.

Just don’t ask me to be passionate about it.