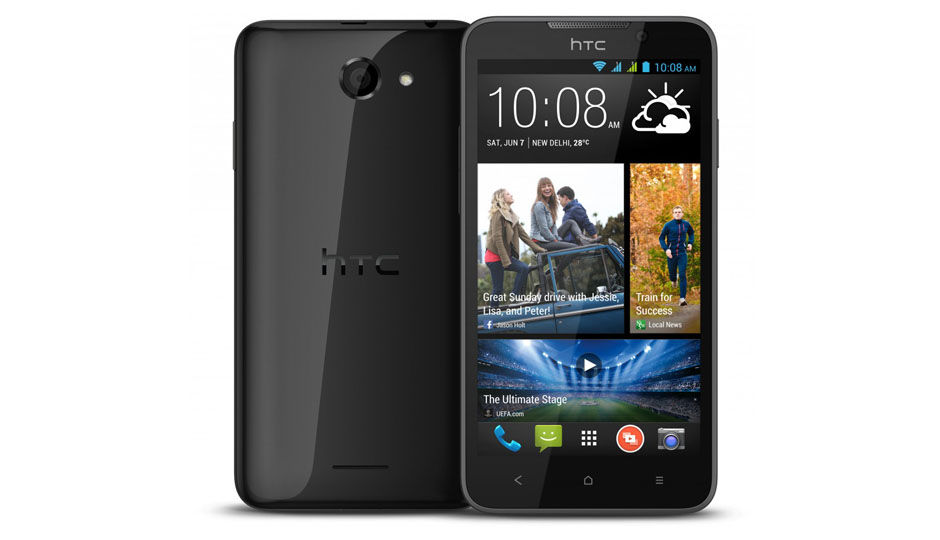 HTC has also taken the affordable smartphone route and has started launching smartphones under the 15k price segment. The Desire 516 takes on the Moto G by offering similar specs at the same price point, but has HTC done enough to make it worth the money? Let’s check it out…

We were a bit disappointed with HTC as we are used to seeing good looking devices from the brand. The Desire 516 has an all plastic design and it isn’t what we would call desirable. The glass on top of the display and the glossy back, are fingerprint magnets and make you clean the device every now and then. 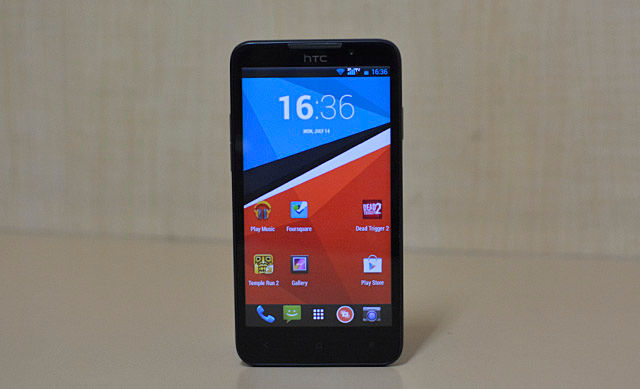 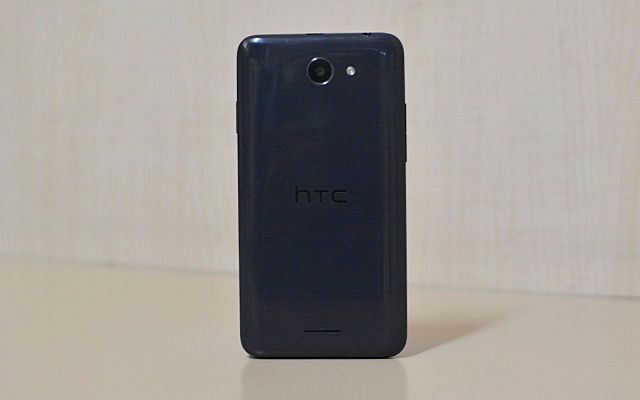 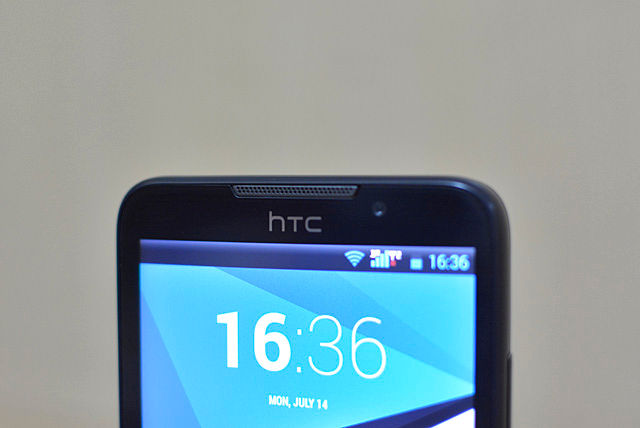 The smartphone has a 5-inch display with a 960×540 pixels resolution. Now for a 5-inch device the resolution is quite low, but overall the display looks decent. Colours aren’t completely washed out when viewed from different angles, although under direct sunlight, it gets difficult to read. Below the display there are three capacitive touch Android navigation keys which give a rather weird vibration feedback. Above the display there is the earpiece, the HTC logo and the front camera. Surprisingly we didn’t find any proximity or light sensors above the display. 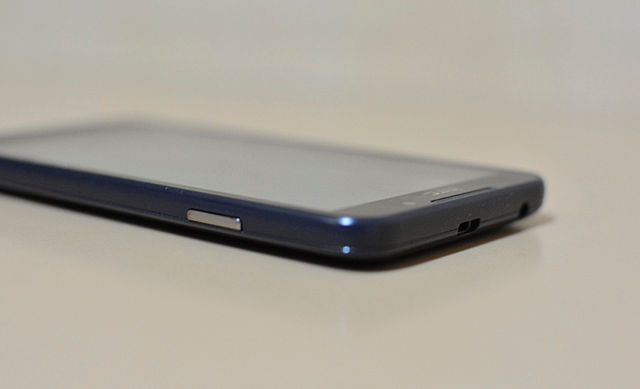 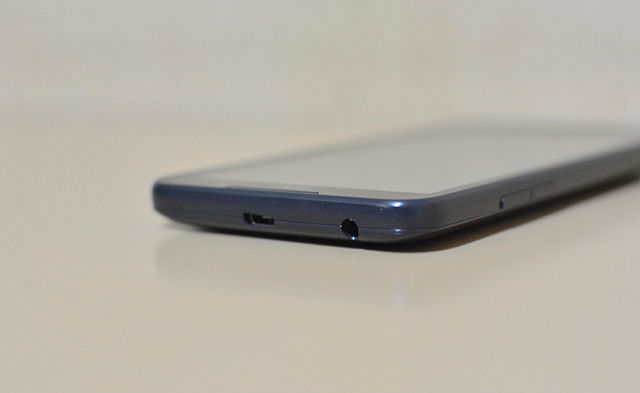 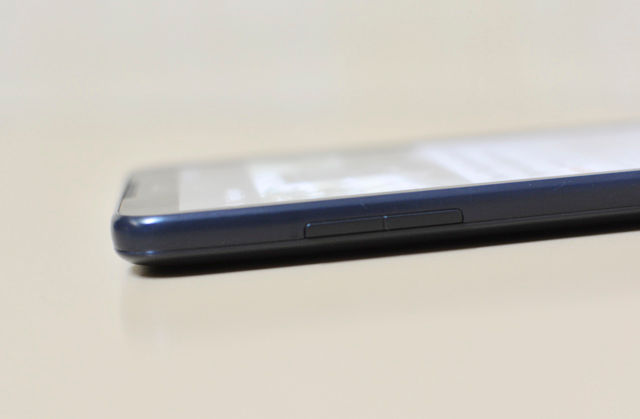 The right edge houses the power/lock key with a chrome finish and the volume rocker keys are on the left. The top has the microUSB port and the 3.5mm audio jack. The bottom is pretty much empty and only has the microphone. 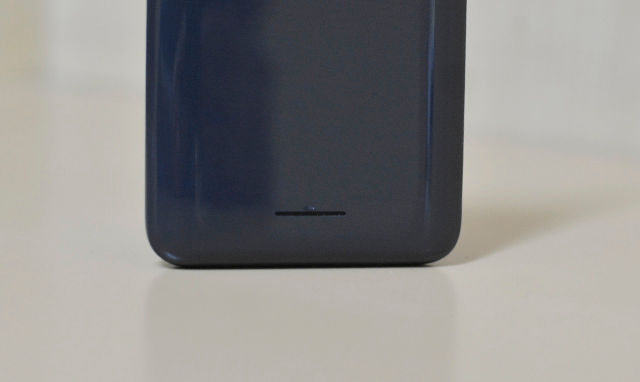 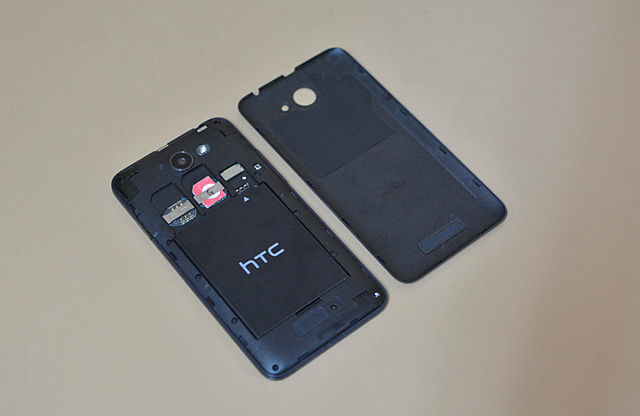 The back is really glossy and there wasn’t a single moment where the back was free of smudges or fingerprints. The back also has the 5MP camera with an LED flash and the back panel comes off to the reveal the battery, two regular sized SIM card slots and a microSD card slot.

The device has a very standard build and design and frankly speaking we expected a better quality from HTC, but it seems that a lot of cost cutting has been done to make the smartphone affordable.

HTC has crammed in a mixture of stock Android 4.3 along and a drop of its Sense UI. Don’t be excited as essentially you have a stock Android device with just BlinkFeed and the HTC app drawer menu. This clearly shows that HTC is planning to wipe out its support for any devices running below Sense 5 UI. 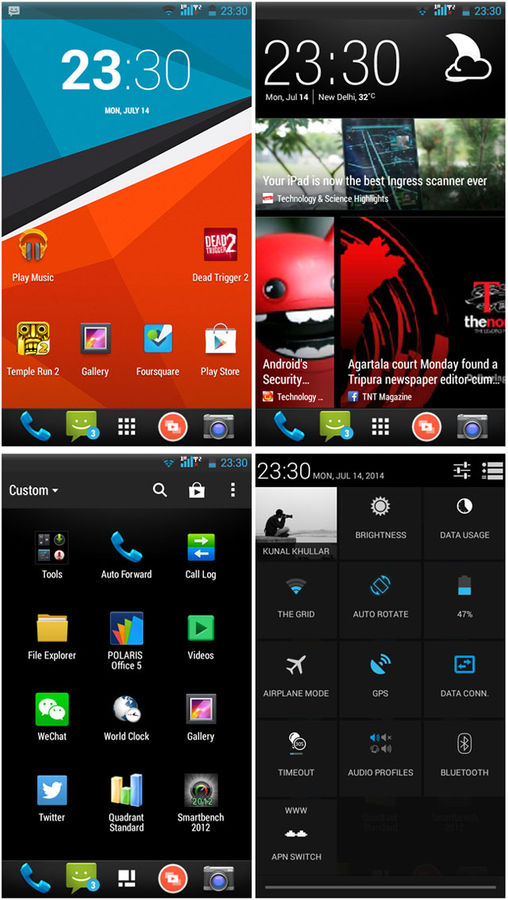 The UI isn’t completely smooth and it is slightly sluggish. For that matter we wish HTC had put a stock KitKat ROM on the device. Apps and multitasking gave us no issues, and everything runs perfectly fine on the smartphone. Even games like Dead Trigger 2 and Temple Run 2 can be played on the smartphone with very minimal lag. The handset does however fumble when playing full HD videos if you play them on the default video player. Video playback was choppy, although the issue was resolved when we tried a third party app.

Another issue that we noticed was that the call performance on the smartphone isn’t up to the mark. The speaker for attending calls is very low on volume and the first 2-3 seconds of your call are almost inaudible. Now this could be an issue with the review unit that we got, and we will test out another unit and give an update here.

In the benchmark tests, we found that the Desire 516 offers almost similar looking scores as the Moto G, however like we have said before, daily usage performance matters more. Check out the benchmark results of the HTC Desire 516 over here.

Somehow even though the UI is close to stock Android, it doesn’t feel refined. HTC certainly could have done better job with it.

There is a 5MP camera on the Desire 516 backed up with an LED flash. There is also a front 2MP camera for video calls and selfies. The primary camera is quite disappointing as everything seems very slow. The focusing is slow and even the shutter takes a long time to take the picture. Pictures in bright daylight are decent but as soon as you move indoors the quality goes down drastically.

Even the camera app UI was really poor as it looks like a really old version of a stock camera app where one can’t find which setting is where.

The camera can also shoot 720p videos although they come out best when you’re under the bright sun or in a very well lit room. 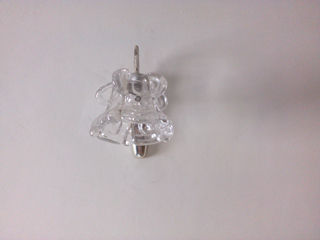 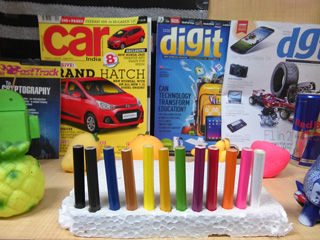 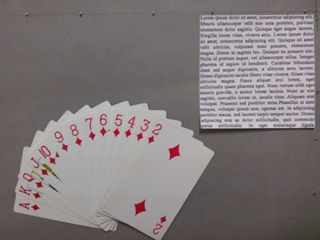 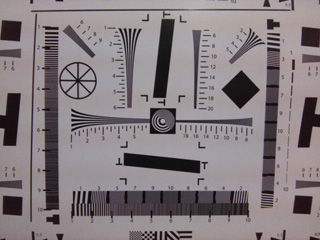 We’ve tested many smartphone cameras and the module on the Desire 516 is surprisingly average.

From a brand that makes some great looking smartphones, we didn’t expect the rote design of the HTC Desire 516. Yes one has to compromise on certain features when we talk about budget smartphones, but a glossy plastic body, a substandard camera and an incomplete UI makes the Desire 516 a shaky effort by HTC.

Instead of the Desire 516, you can opt for the Moto G or the newly launched Asus Zenfone 5.