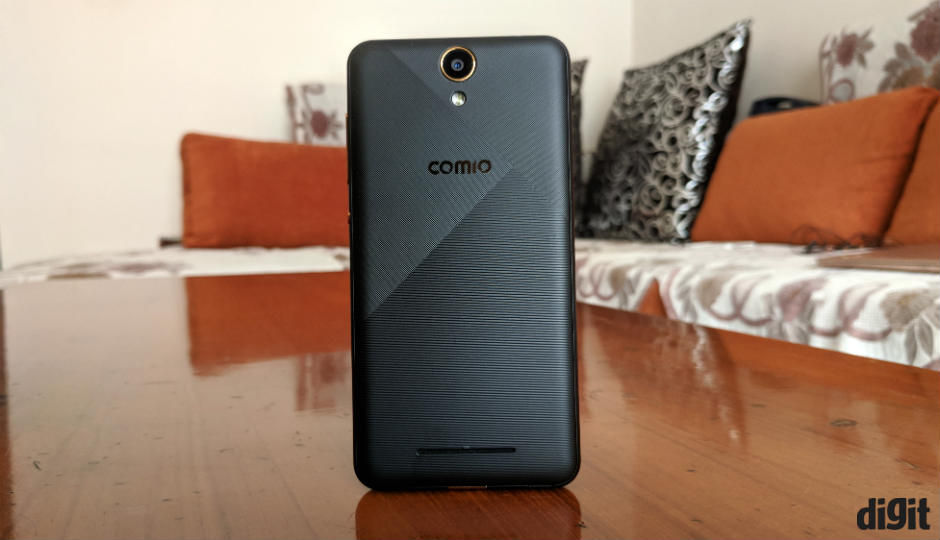 Budget smartphones compromise on various aspects to meet the right price. Though the category has grown in the right direction becoming better over the years, our requirements and expectations have also updated with time. However, there’s no denying the fact that the addition of a fingerprint scanner, availability of 4G capabilities have changed the way we use our phones now. Better battery life has always been a prime aspect of budget category phones, but these devices need to perform better to provide a more seamless smartphone experience. Currently, if you are in the market to buy a budget smartphone, you’ll be inundated with options, both good and bad. However, Comio believes that its C2 might be the better choice than any of the phones out there around the same price. Does it do enough to justify the claim? Let’s find out. 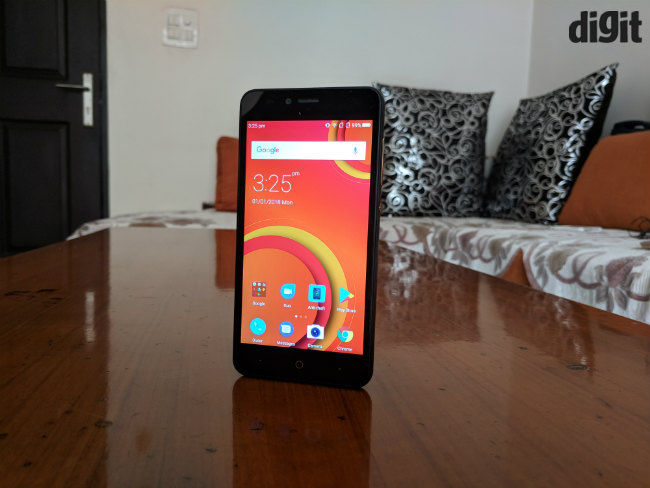 Like a majority of devices coming out in the sub-7K smartphone category, the Comio C2 sticks to the basics. The Comio C2 design-wise seems like a smartphone from 2016 with touched-up exterior and specific design accents. The quality of plastics used is satisfactory but does not share the same level robustness a metal-clad phone, like a Xiaomi Redmi 4 does have. That said, I do like the fact that Comio has tried to give the phone some flair with golden accents all around, giving the phone a unique look. The phone seems well weighted and can easily be used in one hand. Removing the back cover gives you access to the dual SIM-slot and the dedicated MicroSD card slot. Though the battery is sealed and hence not user replaceable. 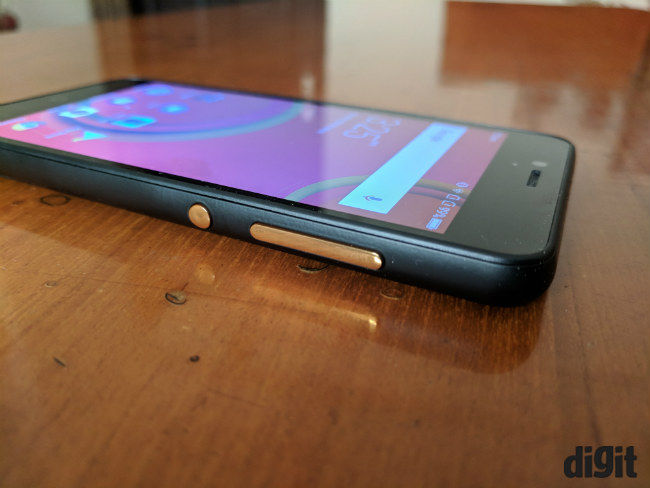 The only thing I felt missing from this phone is the fingerprint scanner which is quickly becoming a mainstay for even the budget smartphone category.

The Comio C2 also employs an IPS LCD display which has a decent colour reproduction and is just bright enough (560 lux) to make it usable in normal lighting conditions. That said, the display is not very legible under direct sunlight. The touch response is also decent for the price and the overall touch experience is just as good as any other phone in this price category. 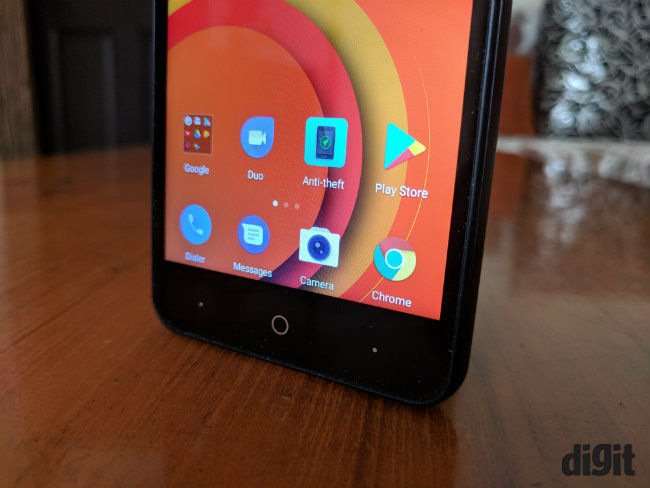 As for the UI, I like Comio’s approach to a non-app drawer interface. It is nothing new but still looks refreshing from what we have seen thus far from most of its competitors. The iconography and animations do give hints of an iOS-eque interface, but then again that is nothing to complain about it. Comio has also added some nifty features such as the speed-up button on the home screen. Tap it and the phone will automatically clear some RAM with a pleasant animation. The wallpaper icon works in the same fashion and you tap to shuffle wallpapers. All-in-all the interface is simple to use and there is no real learning curve attached to it. The animations do feel slow at times, a common characteristic of budget smartphones in this price range. 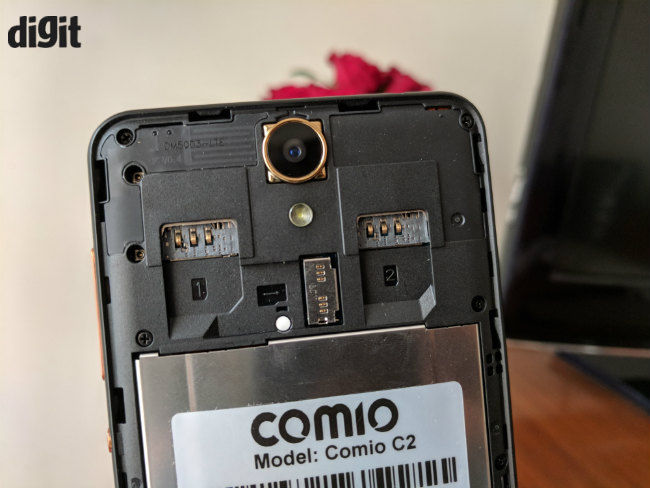 There is one significant issue though which I feel does raise some eyebrows. The problem is that core applications such as Camera, File manager and even the theme manager ask for call permissions. While we’ve come across similar behaviour from other smartphone brands, it still doesn’t allow Comio to go scot-free when it comes to asking for unnecessary access. 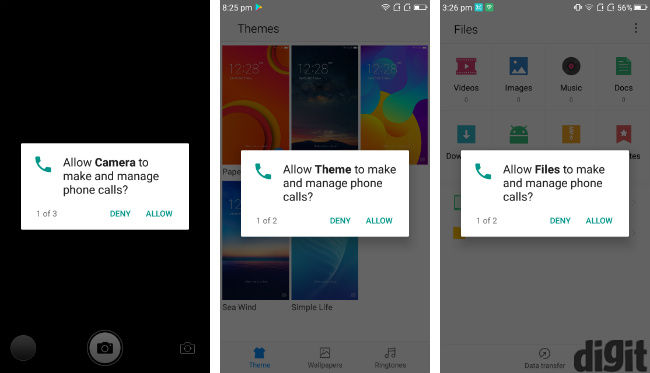 The phone is powered by a MediaTek 6737 SoC, which combined with 2GB of RAM provides just enough performance to offer a decent experience for the price. However, it is nothing different or game-changing when compared to its peers, especially when compared to similarly priced smartphones from Xiaomi and Smartron. There is a visible lag in performance while switching through apps or when loading more than two tabs in the browser (Chrome). Needless to say, the gaming performance isn’t stellar and the gaming experience is littered with constant frame drops, slow loading menus, and lags. Overall, if good user experience across heavy apps and gaming is what you need, the Comio C2 is certainly out of the consideration set. Even when considering the fact that it is a budget smartphone, the C2 is below the expected performance set by the likes of Xiaomi Redmi 5A and 10.or D. 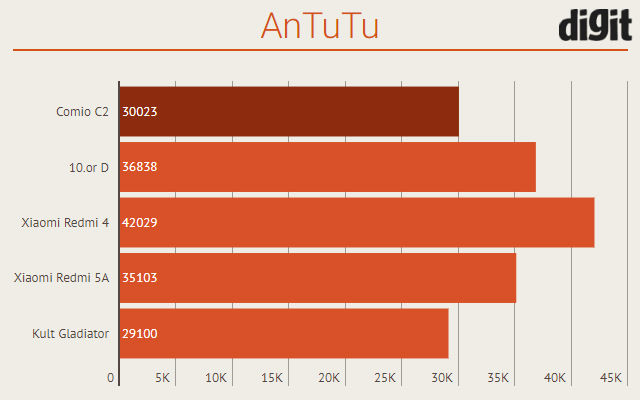 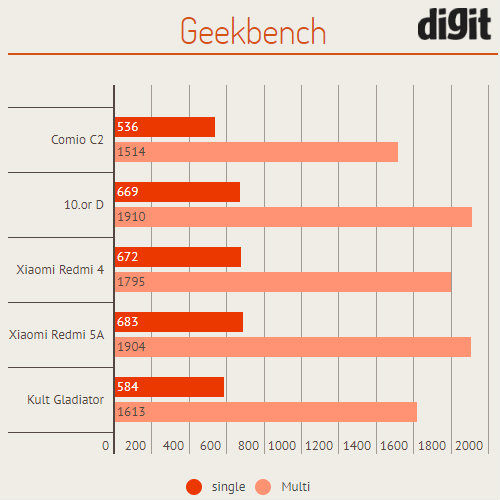 Like the performance of the phone, the battery life isn’t something great, even though the 4000mAh battery rating put it right beside most of its competitors. The Comio C2 achieves a day worth of usage under normal usage, but if you like to stream videos or play light games for that matter, you might have to charge the phone at least once in between. In addition, the phone does not support fast charging, it takes two or more hours to charge the phone completely, which leaves me rather disappointed.

Then there is the 8MP camera at the rear, which isn’t brilliant but does get the job done. In normal daylight conditions, the camera manages to capture a decent amount of details. The dynamic range is average at best, but you can tweak that a bit, but turning on HDR mode. The colour saturation is also good. The shutter response is not the fastest though, but the camera will reward you if you have a steady hand. 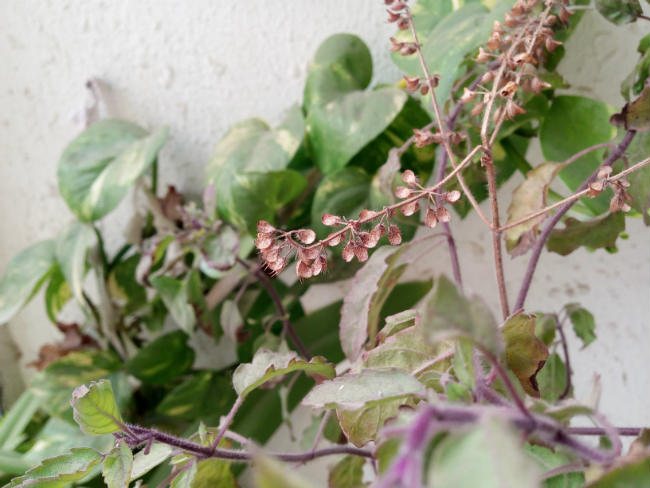 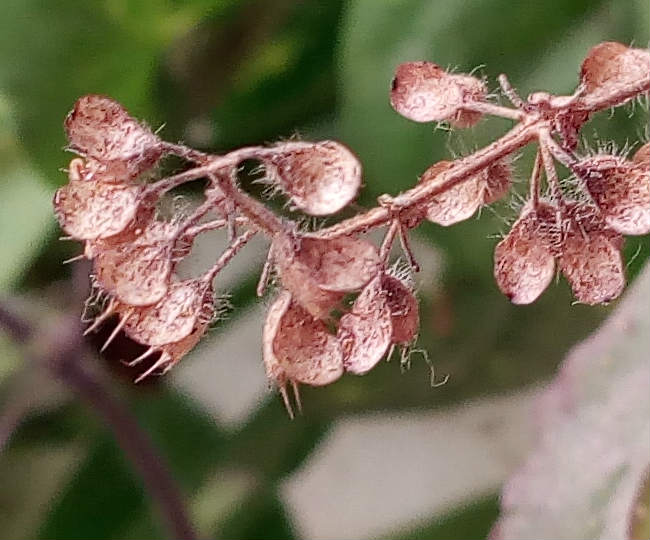 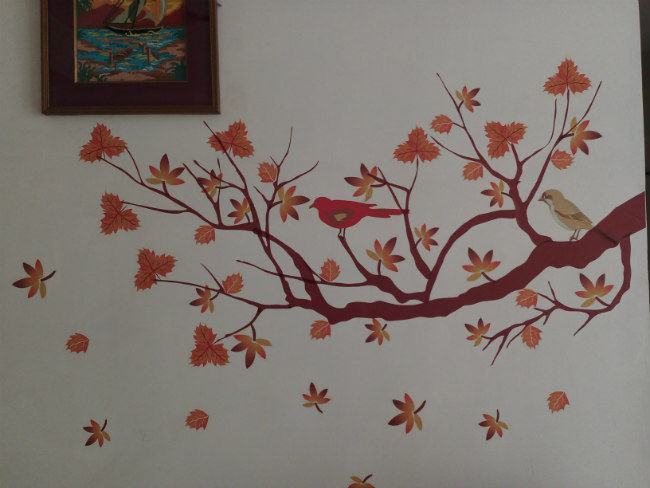 As I moved to low light situations, the image quality started to diminish and images started getting noisy. The images start to lose colour fidelity as well, as the camera algorithm tries to brighten the image in low-light conditions. This trick does work sometimes and in some conditions, but most of the times, you end up with a shoddy image. 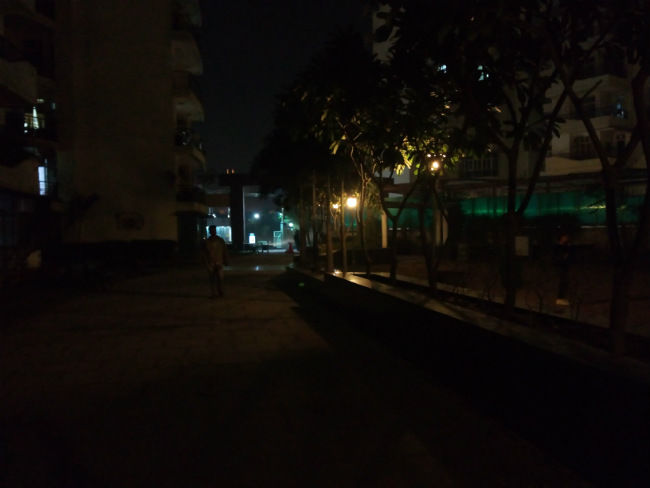 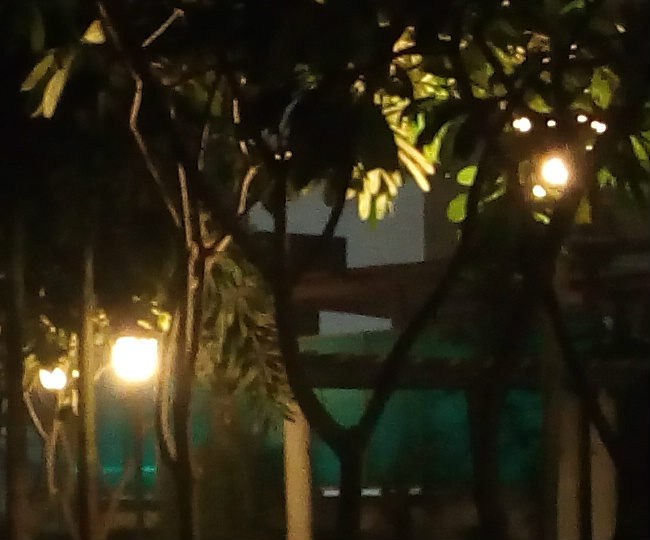 The front-facing camera is again average at best whether you are taking selfies in low light conditions or in broad daylight. That said, the level detail captured during the day is impressive. The camera can capture videos in 720p at best and while the quality and audio capture is fine.

The Comio C2 is not exactly the best looking phone in the sub-10K smartphone as that would be the Micromax Canvas Infinity. It is not the best when it comes to performance or camera quality as the Xiaomi Redmi 4, Redmi 5A and the 10.or D offer better performance across the board around the same price point. The Redmi 4 also offer a better battery life than phone out there in the sub-10K price bracket. In addition to all this, not having a fingerprint scanner further lowers the phones appeal in comparison to what is available in the market. 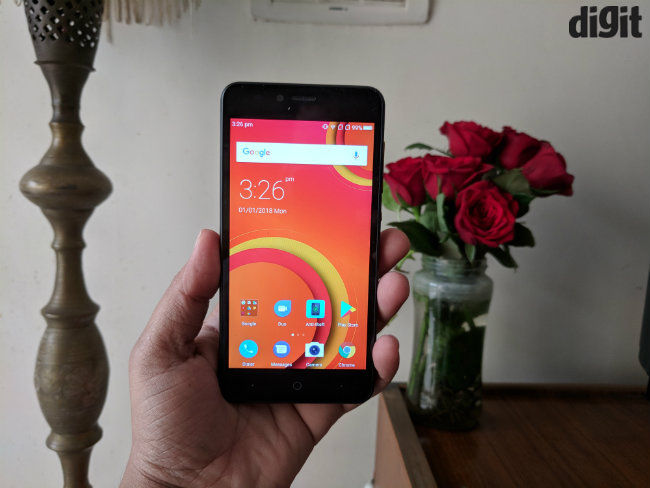 The Comio C2 is an average smartphone at best and does not really do enough for us to recommend it in the sub 7K category. The only thing that separates the Comio C2 from the rest is the unique design, which might appeal to buyers looking for a budget smartphone that looks (tries to rather) different than the rest.