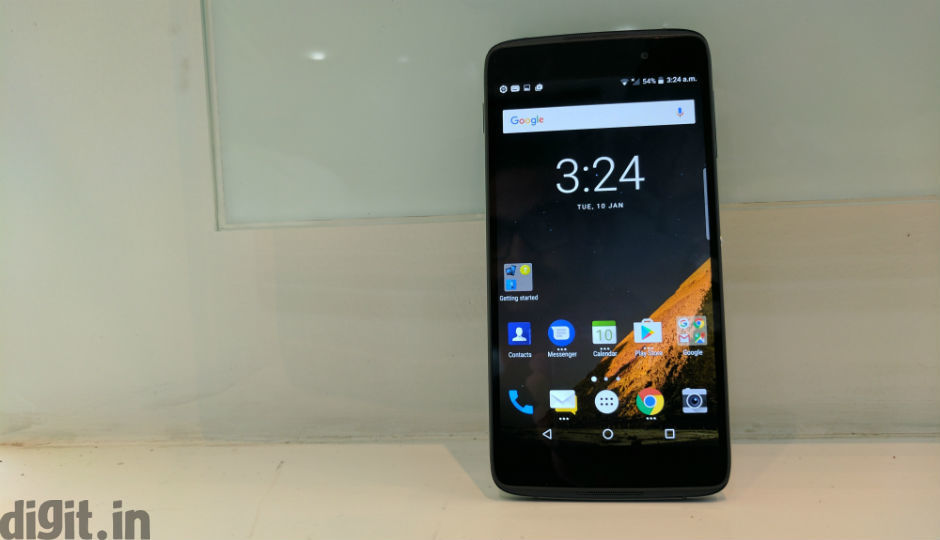 Once upon a time, when the iPhone wasn’t a reality, there was BlackBerry. BlackBerry phones possessed three very important features – an awesome keyboard, good battery life and push mail, combined with BBM, which made it the ultimate communication device. Then the iPhone launched and the rest as they say is history.

We have seen BlackBerry try to launch smartphones like the Priv and the DTEK 60 that try to address one key issue – security. They do pack in the bells and whistles expected from a flagship device, but for some reason the additional security wasn’t enough to sway customers back towards the BlackBerry camp.

Today we have with us the BlackBerry DTEK 50. The smartphone looks a lot like the Alcatel Idol 4 and is priced at Rs. 21,990. However, the sub 25k price point is packed with devices that offer users a bang for their buck. Does the Blackberry DTEK50 have enough to sway customers in its favour? 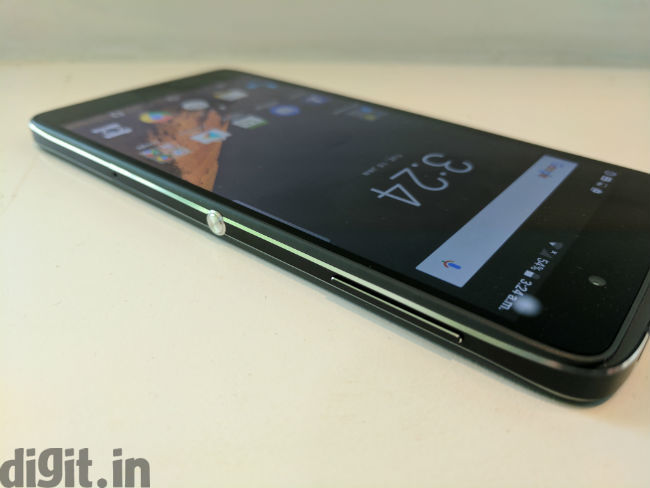 The Blackberry DTEK 50 is a well built device. It has a textured back and the camera, along with a dual-tone LED flash, that sits snug in a corner. You have the standard BlackBerry Logo on the center of the back. The textured finish ensures a very good grip, and the the form factor is perfect for single handed use.

The front of the Blackberry DTEK 50 has a prominent forehead and chin. The forehead houses a front facing camera and ambient light sensor. Above and below the display, we have the front firing speakers. They aren’t the loudest, but the fact that they are front firing, does help. They also produce a stereo effect. The audio is quite clear from these speakers. 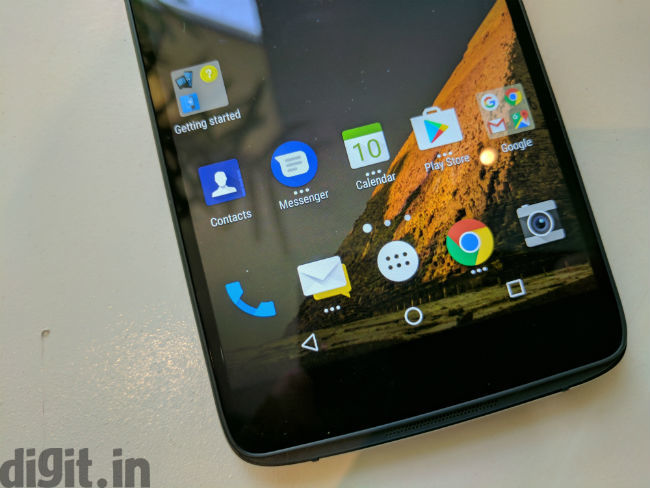 The bottom of the device has a micro-USB port. That’s an interesting choice from BlackBerry, given that the world is moving towards an USB-C future. Nonetheless, it’s handy for those upgrading from a smartphone with micro-USB connectivity. I’m pretty sure you have a microUSB cable lying in a drawer/car somewhere.

The top houses the headphone jack, while the left of the phone has the power button. This position would have been fine if BlackBerry didn’t have this prominent round button on the right that rests under the volume rocker. This is a “shortcut” button and can be mapped to launch an app you use frequently. It is very confusing and throughout my review process, I kept pressing it to wake the device. It’s a problem when you’re already used to a power button.

Overall, Blackberry has nailed the design of a functional compact phone. The textured back ensures a good grip and the 5.2-inch form factor makes it easy for single-handed use. The device may be simple looking, but the amount of functionality in this simple build is extremely good. Just like a business suit. 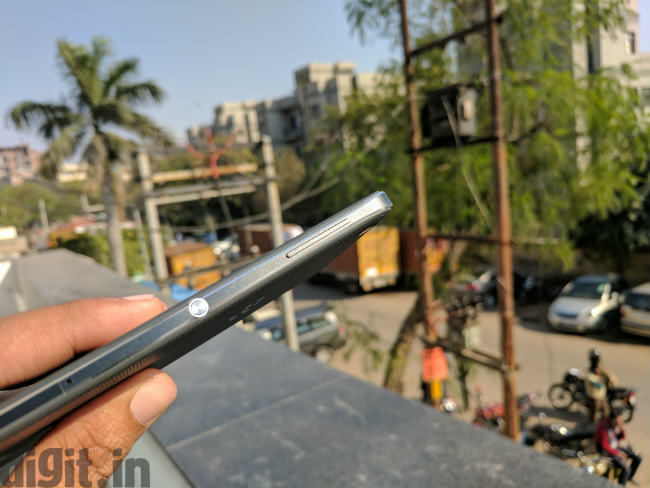 The DTEK 50 has a 5.2-inch IPS LCD display, with a resolution of 1920×1080 and a pixel density of 424 ppi. The display is bright and produces neutral colours. Watch trailers like Spider-Man Homecoming, Kubo and the Two Strings or the Secret Lives of Pets and you will see how vibrant it looks. However, sunlight visibility isn’t the best.

The display has maximum luminance of 595 Lux, which is about the average for this price range. It is however a good display for everyday activities like YouTube videos, typing, social media, etc.

BlackBerry has used a predominantly stock Android 6.0.1 Marshmallow with some BlackBerry tweaks. 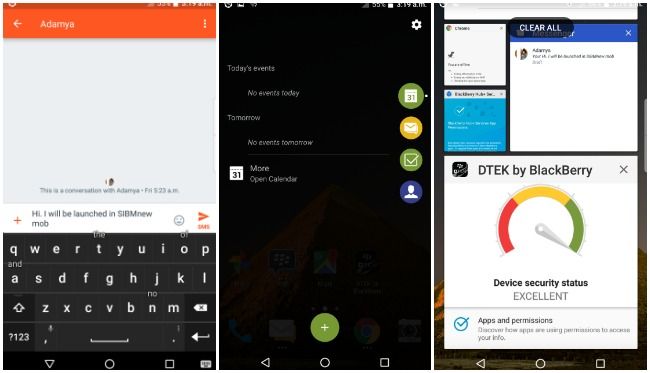 One tweak that I really love is the keyboard. It’s an absolute pleasure to type on and predicts words you may use by simply swiping up on the predicted word.

Coming to other additions, there is a menu that can be launched by swiping from the edge of the display. You have access to shortcuts like calendar, messages, to do and contacts. The slider is just like the edge display on the Samsung Galaxy S7 Edge – it has very little utility. You will forget about it easily, especially if you are used to having a lot of widgets on the home screens. 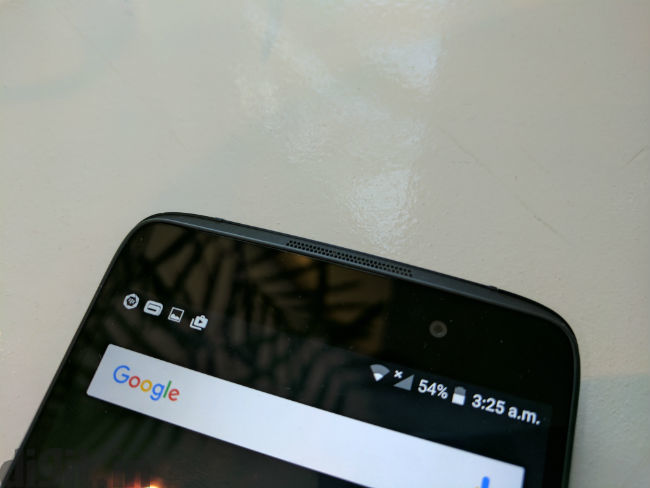 The device comes preloaded with BBM and DTEK security.

DTEK security is a good app to have if you are finicky about security, and will show you what apps are accessing the camera, microphone, etc. There are a bunch of third party apps available on Google Play that do the same.

Overall, the display has good colour reproduction but average brightness, and the UI is close to stock, which is good and the keyboard is nice. The security additions will appeal to some and the added slider doesn’t add utility. If the extra button on the right of the device could be used to unlock the device, then it would help but I forgot about that too after the initial novelty wore off.

As an everyday device, I didn’t face any issues with the performance of the BlackBerry DTEK 50. The phone ran all the apps quite well, including apps such as Facebook, WhatsApp, YouTube, Threes, Google Docs, Google Sheets, etc. From opening apps to switching between them, there wasn’t any significant issue. Sure, there were times when you notice a stutter while switching between apps frequently, but it wasn’t significant enough to be detrimental. 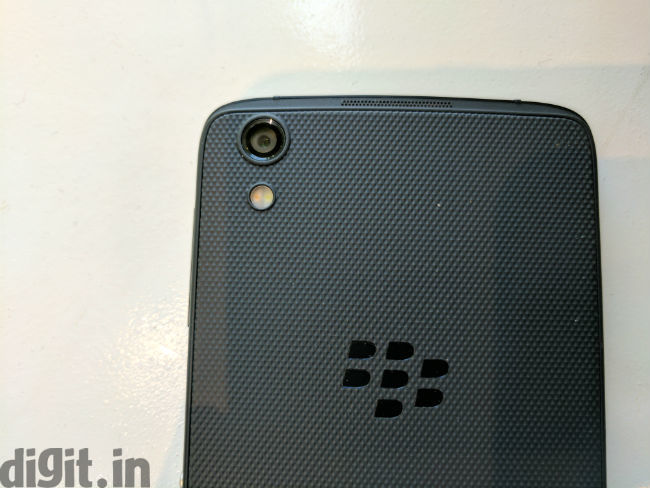 The benchmark scores were however not up to mark and that is a problem we have seen with other Snapdragon 617 powered smartphones. 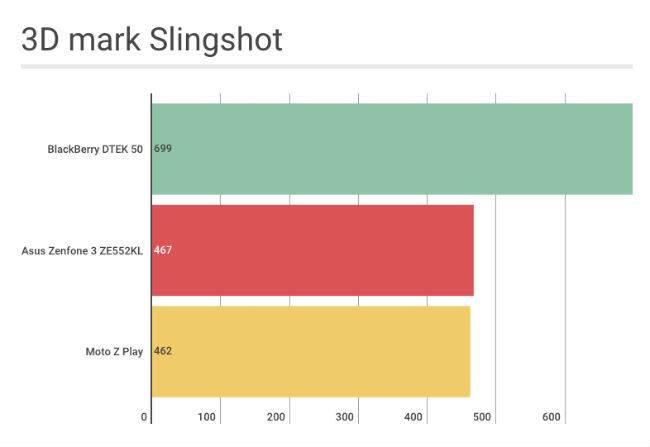 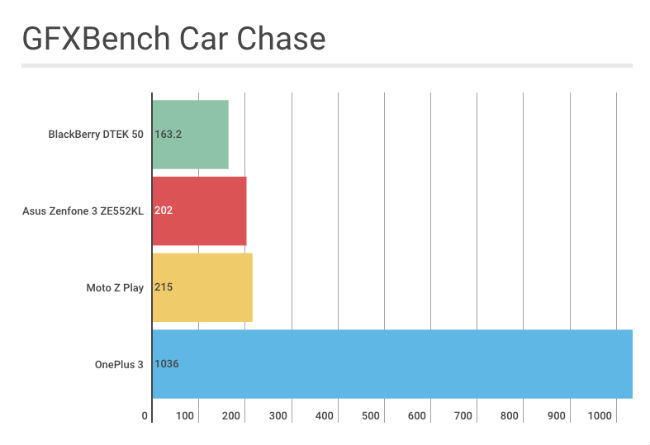 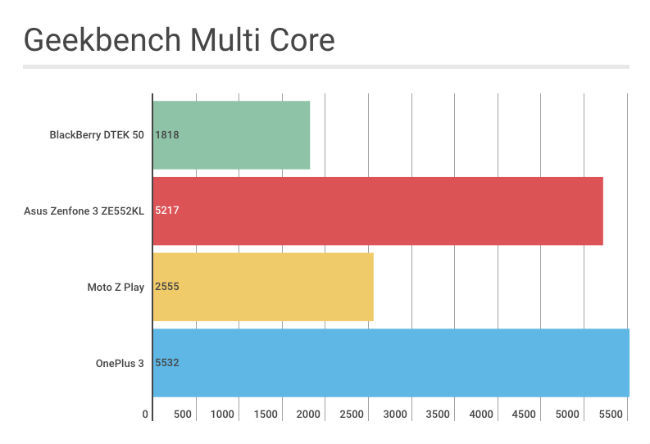 I played a lot of Asphalt 8 on the BlackBerry DTEK50. Apart from a little stutter when booting the game for the first time, the experience was smooth. The game ran extremely well on the device and we think credit for that goes to the Adreno 405 GPU. Simpler games like Threes, Pool, etc. are smooth.

On the back, the BlackBerry DTEK 50 has a 13MP camera. It is average when compared to what the competition has to offer. Colours look oversaturated at times, so reds will look too red and so on. Images also have a lot of noise and the white balance seems off, often. Filters and other forms of post production can help, though. If the camera is of the utmost importance to you then you have the likes of the much cheaper Nubia Z11 Mini, or the similarly priced Zenfone 3 that have better rear cameras than the BlackBerry DTEK 50. If you can increase your budget by a few thousand more, the OnePlus 3 is a much better option as far as the camera is concerned.

On the PC Mark Work 2.0 Battery Test, the device lasts for a little over 5 hours, which is sub-par. A heavy user will have to resort to a charger half-way through the day. The BlackBerry DTEK50 supports Quick Charge 2.0 through the microUSB port, but it takes a little over two hours to reach 100%, which again, is a bummer. You lose between 20 to 25% of battery with about an hour of Netflix, watching and a little under 20% while gaming for about 15 minutes. 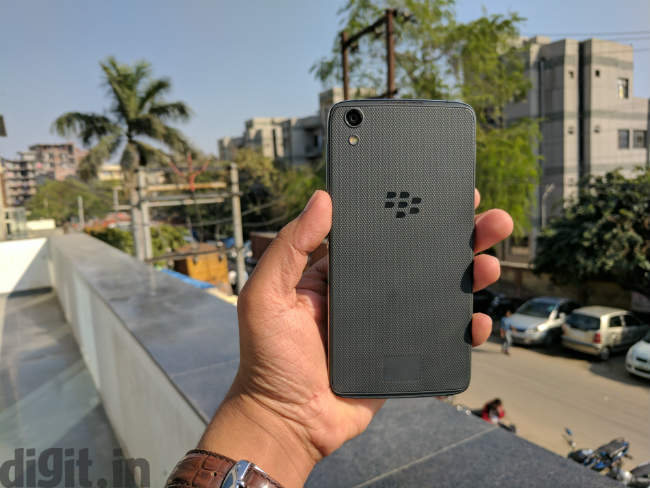 Overall, I think the Blackberry DTEK 50 is a decent phone, but it has some striking shortcomings that can’t be ignored. It has a great display and decent front facing speakers, but the battery life of the smartphone is disappointing. The UI is smooth; games run well, even though benchmark scores are low. The keyboard is fantastic, but the battery life is bad. Add to that the fact that 16GB storage will make you cringe, and we have a phone that could have been a whole lot more with minor improvements. If the keyboard is important to you and you don’t want to play games or load heavy apps on the phone, then sure, this is the device for you. However as far as multimedia is concerned (camera and gaming to be specific), you’re better off looking at one of the many alternatives.