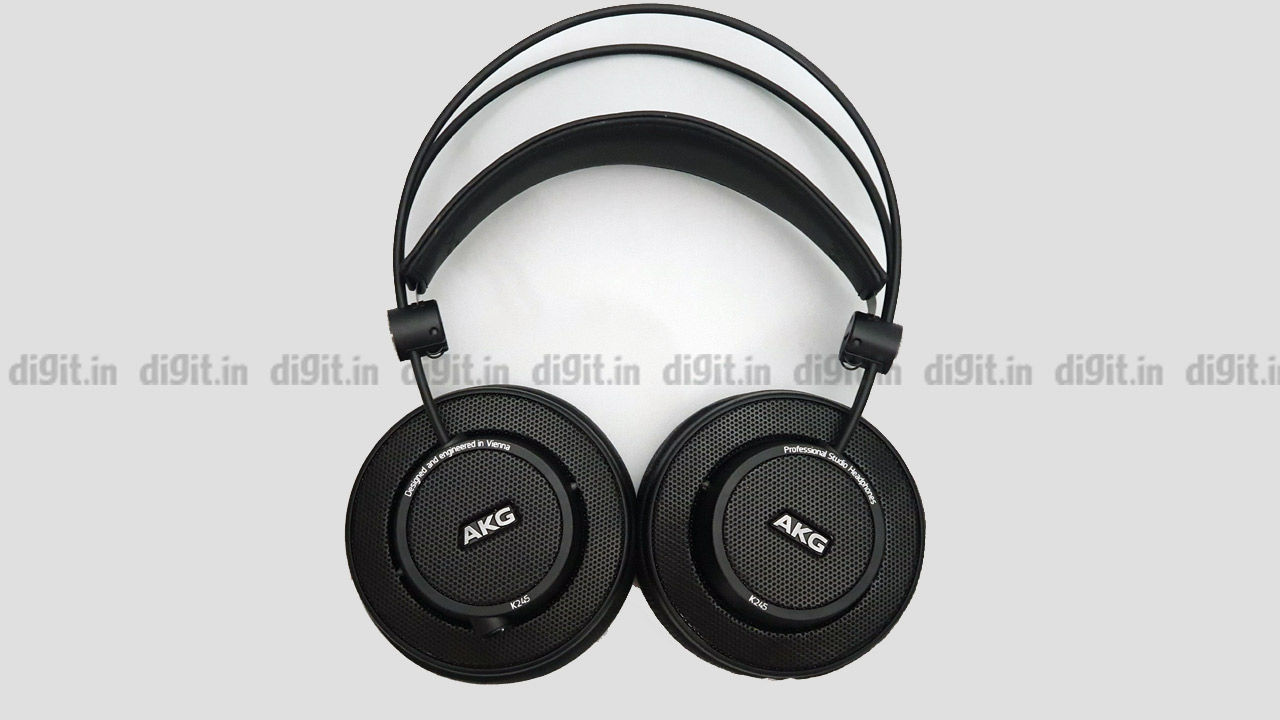 One of the oldest brands in the headphones business, AKG was first established in the 1940s in Vienna, Austria. The brand’s parent company, Harman International, was then acquired by Samsung and ever since AKG has boasted a more modern identity. Priced at Rs. 9,999 on Amazon, the AKG K245 are open-back, wired headphones in AKG’s range of foldable studio monitors, which also include the K175 and K275. This open-back version is touted to be more suitable for long listening sessions since the open-back nature reduces listening fatigue and also doesn’t fall prey to the users’ ears becoming red hot over a period of time. Let’s look at how these relatively affordable, professional studio monitors fared in our tests.

The AKG K245 is predominantly black and looks sufficiently elegant. The AKG logo is located at the back of each ear cup along with the model name and the words ‘Professional Studio Headphones’. The words are etched in white and silver and look quite attractive. The earcups house finely perforated metal, which gives the headphones its open-back quality. It looks technically designed but also doesn’t compromise on style. They employ a couple of different materials in the construction – leatherette cloth for the headband, plastic for the headband straps, and metal for the earcups. 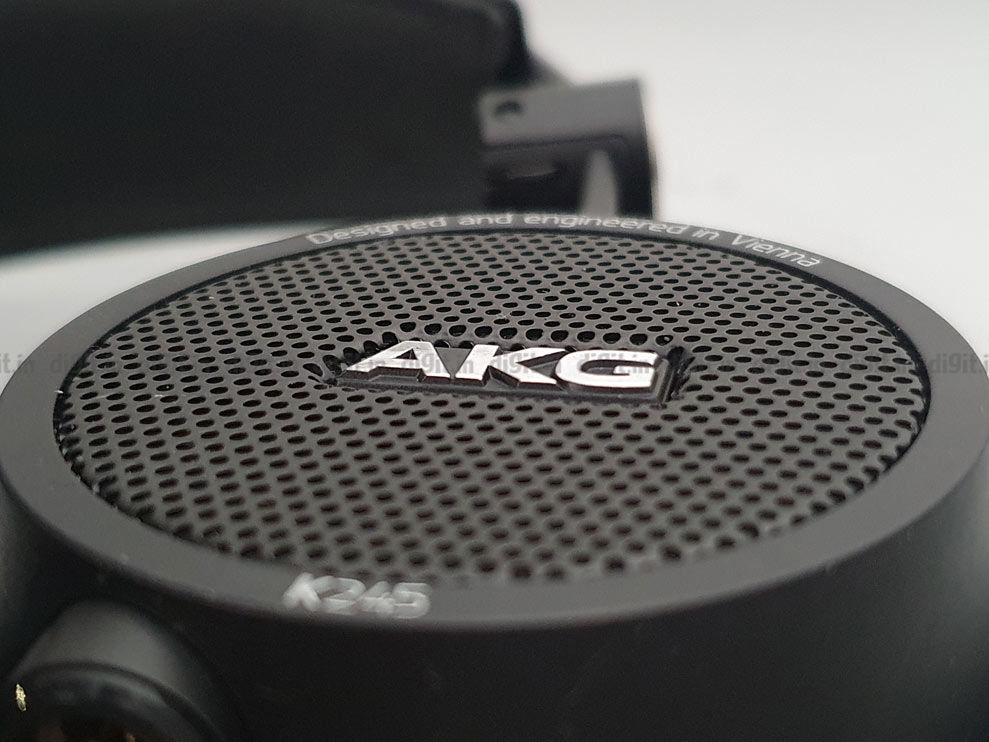 The headband sports a unique construction with the band moving along two straps to adjust to heads while the frame stays still throughout. The result of this is that the headphones are extremely easy to adjust even when they’re firmly placed over the user’s head, something not many headphones are capable of. 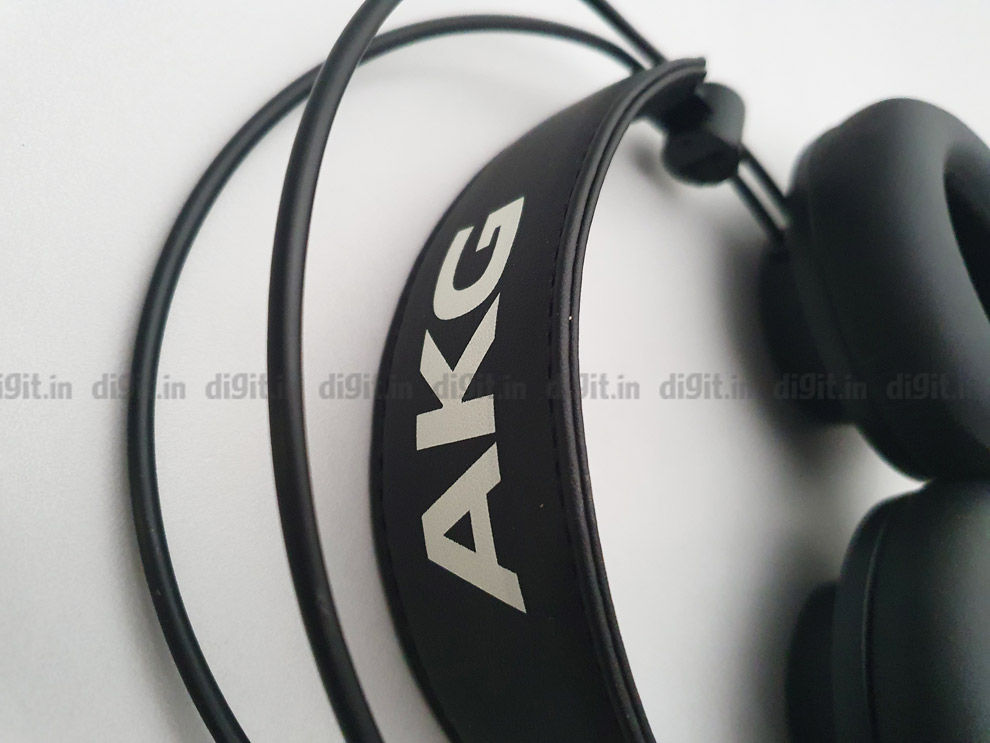 The headband, however, doesn’t sport the customary memory foam padding. Still, wearing them over extended periods of time, surprisingly, doesn’t create a hotspot on the head. The earcups, on the other hand, do have soft, plush memory foam that enveloped the reviewer’s ears excellently, providing a comfortable fit. However, for larger ears, these earcups definitely seem a bit too inadequate. If you have larger ears, you may feel a bit cramped when you have these headphones on. 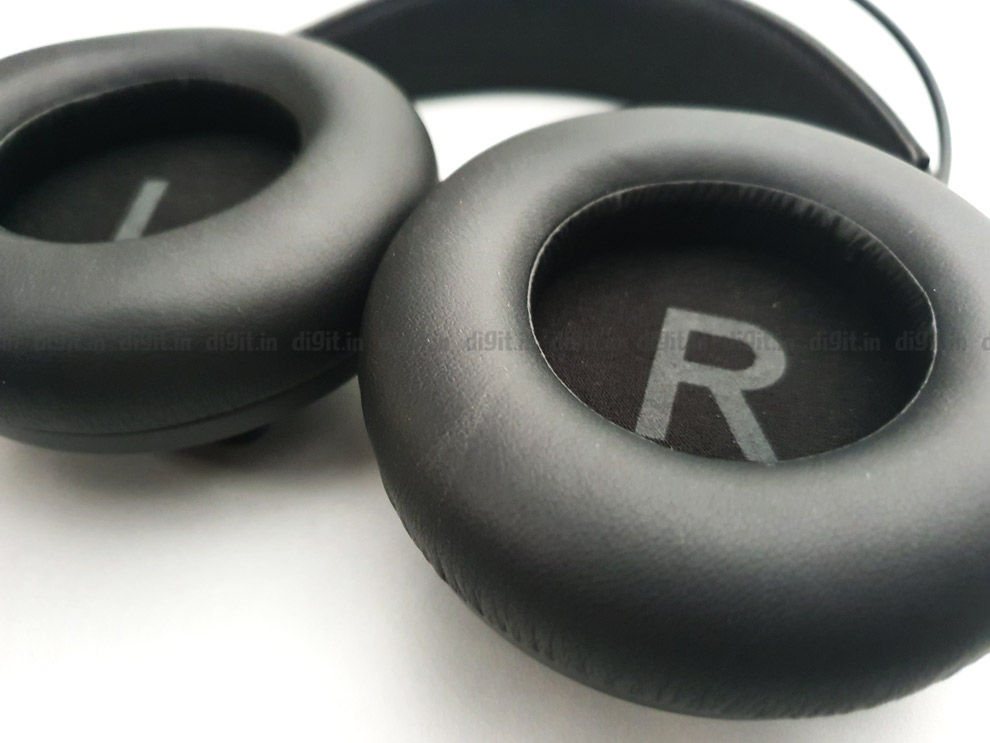 The headphones are also supremely flexible and malleable. The earcups can be folded inwards for some added portability. They also rotate 180-degrees which ensures that the cups sit flat on a table or on your chest, when not in use. Additionally, we tugged the earcups apart and they have a considerable amount of flex without the signs of any creaks. 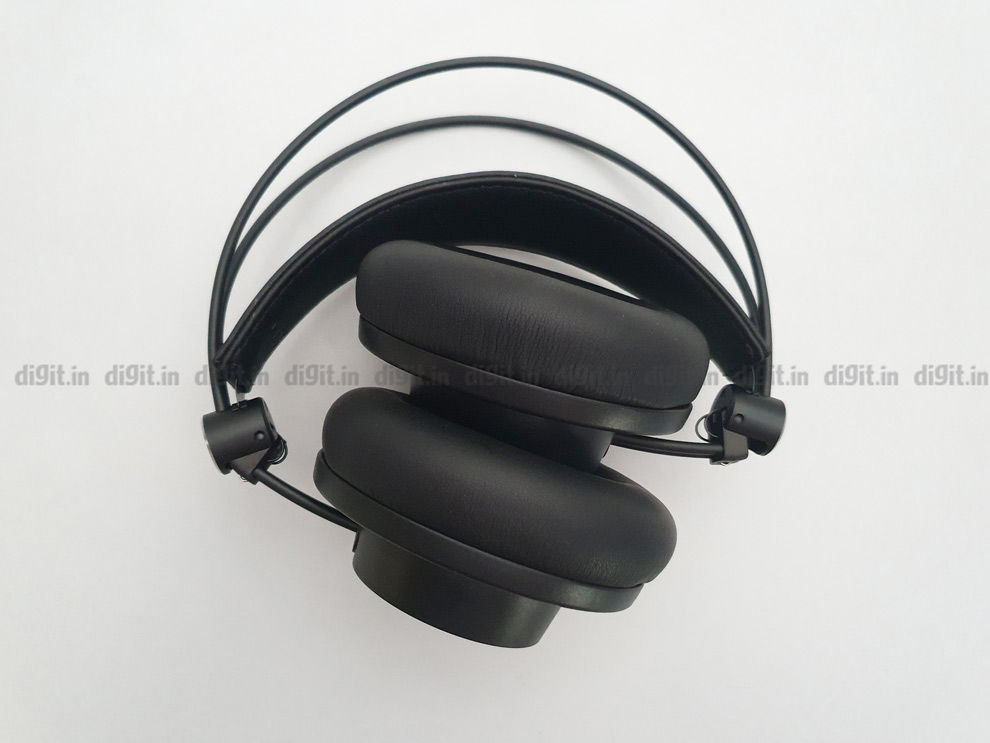 The product comes along with a spiral cable with a mini XLR plug that connects to the headphones and a gold-plated 3.5mm audio jack on the other end. The cable extends quite a bit and avoids tangles like the plague, however, it does feel a bit bulky. 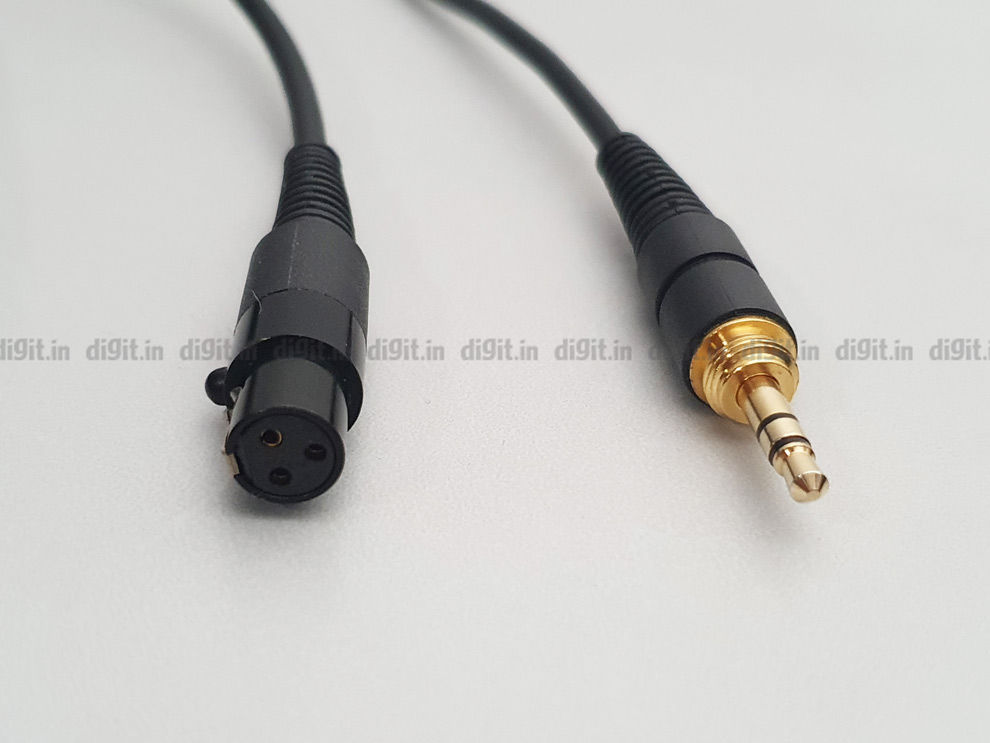 Packing sizeable 50mm transducers, the AKG K245 definitely lean more towards the bass and lows than the mids and highs. The bass reproduction, while exaggerated, is not muddy or boomy though. Instead, the bass notes are reproduced with precision. Despite the punchy bass response, they do a good job at not masking the mids.

The sound profile is not as neutral as traditional studio monitors, still, the frequencies sound pretty balanced overall. The mids are quite detailed and tracks such as Shine On by Pink Floyd sound pristine. The intricacies in the mid-ranged instruments and the vocals are well-maintained. However, the upper-mids can, sometimes, get a bit peaky, which is odd since the treble is quite lacklustre on these. 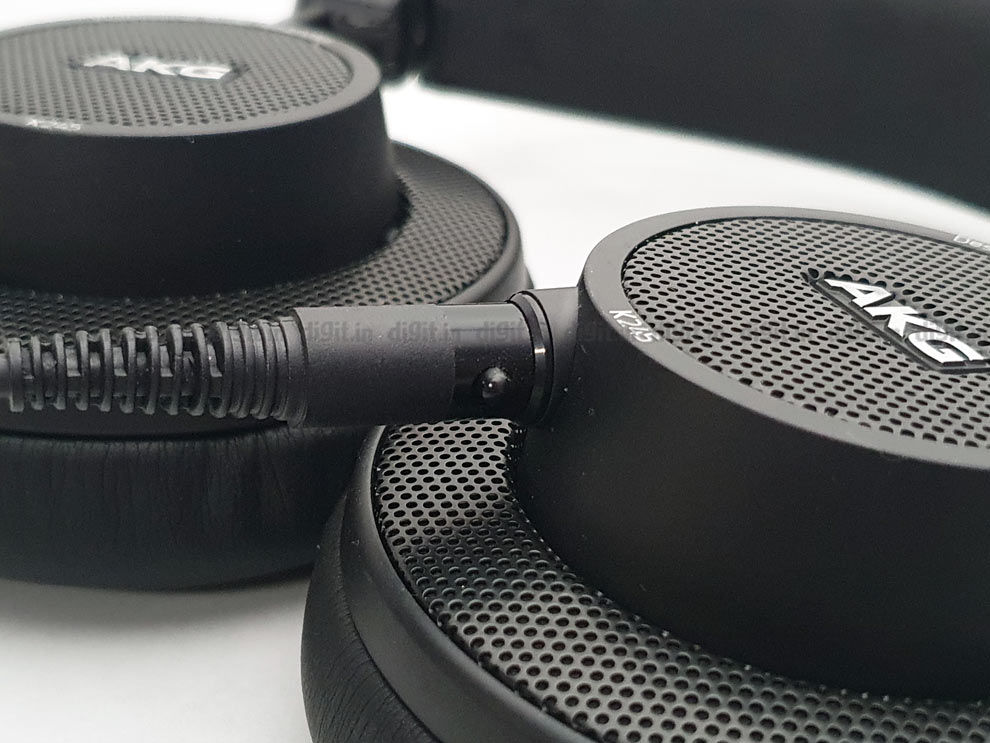 The treble on these headphones is their only major weakness. This frequency range sorely lacks drive and enthusiasm causing treble-heavy tracks such Around the World by Kings of Leon sound dreary and lacklustre.

The soundstage, as expected from open-back, studio monitors, is quite wide and features some decent height as well. The headphones have an airy auditory quality which makes tracks, regardless of genres, sound pleasant. The imaging is very accurate as well as heard in crowded tracks such as Selkies by Between the Buried and Me. 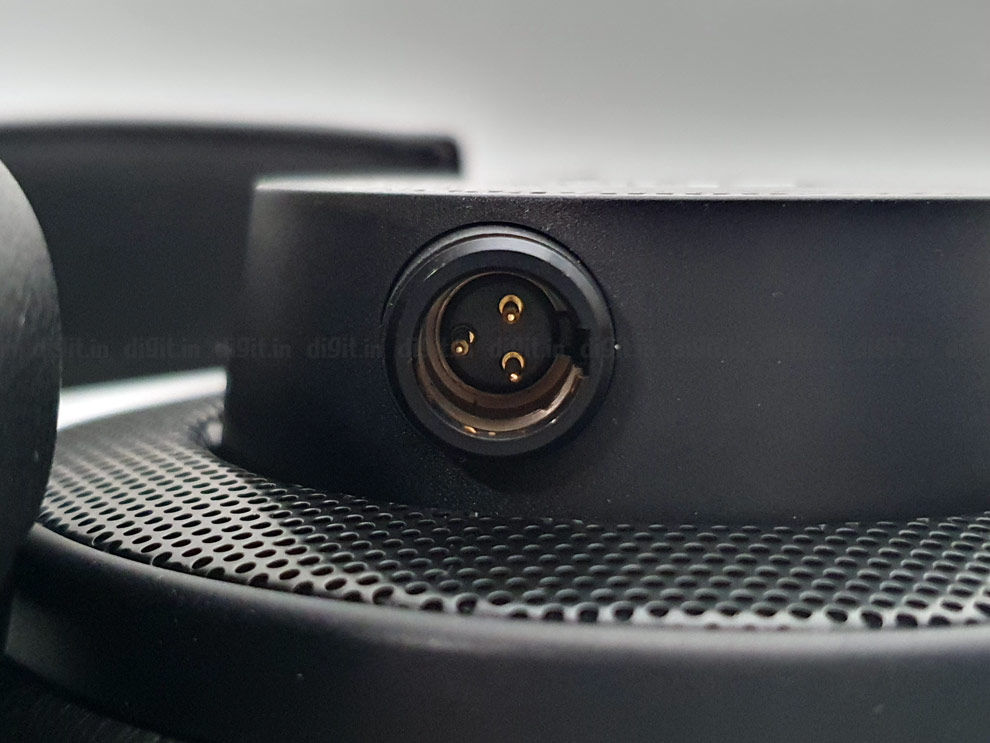 Being open-back it is understandable that the passive isolation of these is sorely lacking. These headphones aren’t meant to be daily drivers and using them during commute is not advisable at all, since the external sounds will definitely hamper your listening experience. Fortunately, the leakage is extremely controlled for open-back headphones, so you don’t have to worry about disturbing your deskmates too much.

The AKG K245 open-back studio monitors are quite a competent pair of headphones and sport a relatively affordable price tag as well. They look aesthetic and professional, however, the fit might be a bit cramped up for those with larger ears. The sound quality is not neutral, it is definitely bass-boosted, however, this nature doesn’t hamper the mids as expected. The treble performance, however, is lacklustre. Overall, these headphones are quite good for sound professionals, since they are mostly sonically accurate and do not fatigue the user even over extended periods of usage.